Drivers exited their cars and buses ground to a halt, while students at schools marked the two minutes of silence. 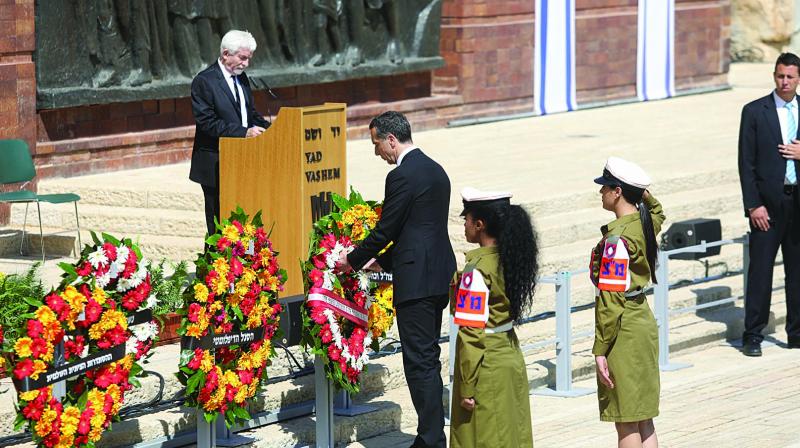 Jerusalem: Israelis stood silent and sirens rang out for two minutes on Monday as the country held its annual remembrance of the six million Jewish victims of the Holocaust.

Drivers exited their cars and buses ground to a halt, while students at schools marked the two minutes of silence.

Israeli radio and television stations have aired testimony, documentaries and films on the genocide carried out by the Nazis since Sunday.

Prime Minister Benjamin Netanyahu threatened to destroy those who call for the destruction of Israel in a speech at the Yad Vashem Holocaust memorial to mark the start of commemorations on Sunday night.

“Iran and the Islamic State want to destroy us, and a hatred for Jews is being directed towards the Jewish state today,” he said.

“From being defenceless people, we have become a state with a defensive capacity that is among the strongest in the world,” he said. He also said that “in our world, the strong survive and the weak are erased.”

“We learned that in our bones with the Holocaust and it is always present in our minds.” Six Holocaust survivors lit torches at the memorial on Sunday night in memory of the six million Jews massacred by the Nazis during World War II. The state of Israel was created in 1948 in the wake of the Holocaust as the national home.  for the Jewish people. More than 213,000 survivors live in Israel today.