Iran denies being hit by US cyber attack

‘No successful attack has been carried out by them, although they are making a lot of effort,’ telecommunications minister Jahromi said. 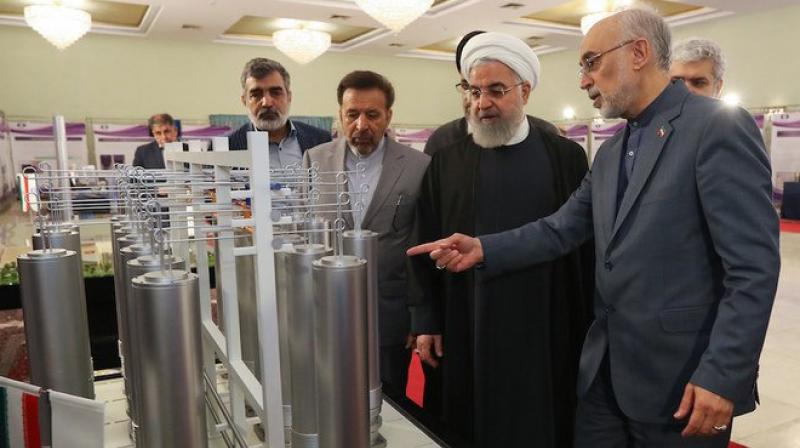 And Tehran is believed to have stepped up its own cyber capabilities in the face of US efforts to isolate the Islamic republic. (Photo: AFP)

Tehran: Iran said on Monday that no cyber attack against the Islamic republic has ever succeeded, after American media reported the US launched one last week amid a standoff between the two countries.

"The media are asking about the veracity of the alleged cyber attack against Iran. No successful attack has been carried out by them, although they are making a lot of effort," telecommunications minister Mohammad Javad Azarari Jahromi said on Twitter without referring to any US attack.

US media on Saturday said Washington launched cyber attacks against Iranian missile control systems and a spy network this week after Tehran downed an American surveillance drone. The Washington Post said that after the drone shooting US President Donald Trump authorised US Cyber Command to carry out a retaliatory cyber attack on Iran.

The attack crippled computers used to control rocket and missile launches but caused no casualties, according to the Post, which cited people familiar with the matter. Yahoo cited two former intelligence officials as saying the US targeted a spying group responsible for tracking ships in the strategic Strait of Hormuz.

The Iranian telecommunications minister acknowledged that Iran has "been facing cyber terrorism -- such as Stuxnet -- and unilateralism -- such as sanctions". The Stuxnet virus, discovered in 2010, is believed to have been engineered by Israel and the US to damage nuclear facilities in Iran.

And Tehran is believed to have stepped up its own cyber capabilities in the face of US efforts to isolate the Islamic republic. "We foiled last year not one attack but 33 million attacks with Dejpha shield," Azari Jahromi said referring to a new internet defence system. Tensions between Iran and the United States have been high since Trump last year unilaterally withdrew from the multinational 2015 nuclear deal with Tehran.

The accord sought to curb Iran's nuclear ambitions in exchange for sanctions relief. After leaving the accord Trump imposed biting sanctions on Iran to choke off its oil sales and cripple its economy, and his administration is expected to announce more sanctions on Iran later on Monday.

The tensions between Iran and the US were exacerbated in recent weeks after Washington accused Tehran of being behind a series of attacks on tankers in the strategic Gulf. Iran has denied any involvement.