Lieberman asks Netanyahu, Gantz to 'flip a coin' for who serves first as PM

Israel has in the past successfully experimented with a national unity government led by two bigger parties with their leaders leading govt. 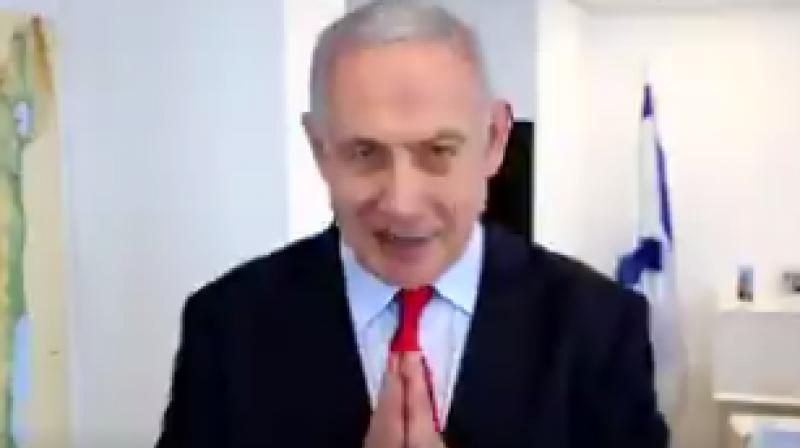 Israel went for an unprecedented repeat polls on September 17 after Netanyahu failed to form a government after April 9 parliamentary polls and the Knesset voted to dissolve on May 29, calling for fresh polls. (Photo: File)

Jerusalem: Ultra-nationalist leader Avigdor Lieberman, who has emerged as the "kingmaker" in the formation of the next Israeli government, has asked Prime Minister Benjamin Netanyahu and his main challenger Benny Gantz to "flip a coin" to decide who takes the first shot at premiership in a rotation arrangement.

Lieberman's Yisrael Beitenu party on Sunday refrained from endorsing both the candidates for prime ministership during President Reuven Rivlin's consultations with political parties elected to the 22nd Knesset (Israeli Parliament).

Lieberman's support is crucial in forming the next government as the right-wing bloc led by Netanyahu has the support of 55 members in the house of 120, while Gantz is likely to be backed by 57 with the Joint Arab List expressing its support in his favour on Sunday.

The Yisrael Beteinu party leader has made it clear that he cannot sit in a government with the Arab parties or with the ultra-orthodox religious parties and that he prefers a national unity government with the participation of Netanyahu's Likud party (31 seats), Gantz's Blue and White party (33 seats) and his party (8 seats).

He has also stated that he wouldn't mind being left out of the coalition if the two big parties decide not to include him, and that they have enough seats together, but a "national unity government is crucial for the country".

The Joint Arab list (13 seats) on Sunday endorsed Gantz, even though three of its members seem to be backing off from it on Monday, and the ultra-orthodox backed religious parties, Shas (9 seats) and United Torah Judaism (8 seats), support Netanyahu.

Netanyahu reached out to Gantz, a former Israel Defence Forces (IDF) Chief of Staff, to join hands to form a national unity government, but the latter said that he would be the Prime Minister.

Gantz and Lieberman are slated to meet in Tel Aviv Monday afternoon at the former's request, Times of Israel reported.

As we promised the public, Yisrael Beytenu will do everything to force the two largest parties to form a broad liberal government, he wrote.

What stands between the formation of a government and new elections is a childish argument between Netanyahu and Gantz over who will be prime minister first", Lieberman added.

I hope the President will take the initiative and mediate between the two. For all I care, they could flip a coin over who goes first [as prime minister under a rotation deal], the ultra-nationalist leader stressed.

Rivlin has said that he would try out all the possibilities to prevent third elections.

Israel has in the past successfully experimented with a national unity government led by the two bigger parties with their leaders leading the government for two years each in a rotation agreement.

Israel went for an unprecedented repeat polls on September 17 after Netanyahu failed to form a government after April 9 parliamentary polls and the Knesset voted to dissolve on May 29, calling for fresh polls.

Lieberman had then endorsed Netanyahu for Prime Minister but decided not to join his coalition government over the issue of draft exemption for the ultra-orthodox. Netanyahu could muster support of only 60 members, failing to form a government lacking the backing of just one more lawmaker.