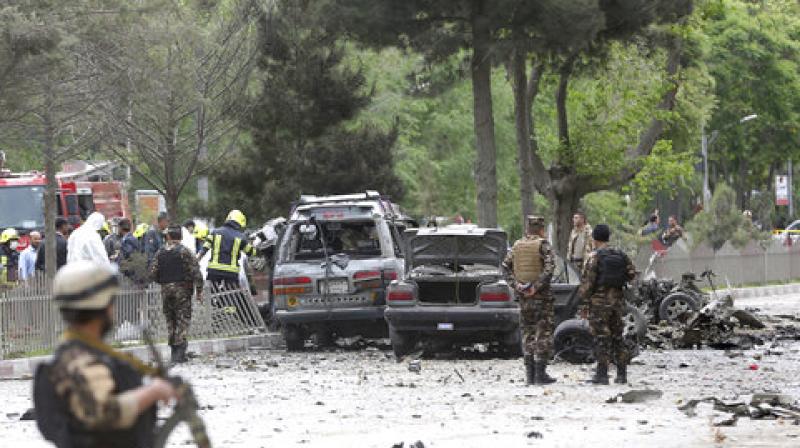 In 1992, when mujahedeen groups threw out the Communist government and turned their guns on each other, giving rise to the Taliban. (Representational/ File)

Kabul: The leader of the Afghan Taliban said on Friday that a planned US troop surge will not end the protracted war in the country and vowed to fight on until a full withdrawal of NATO troops from Afghanistan.

The remarks by Maulvi Haibatullah Akhunzadah came in a message ahead of the Muslim holiday of Eid al Fitr, something the Taliban do every year to rally followers.

In this year's message, the militant leader seemed to harden his stance, saying the Afghan government is too corrupt to stay on and warning of another civil war in Kabul - along the lines of the 1992 fighting when mujahedeen groups threw out the Communist government in Afghanistan and turned their guns on each other. That conflict killed more than 50,000 civilians and gave rise to the Taliban.

Akhunzadah also boasted of allegedly growing international support, saying "the mainstream entities of the world admit (the Taliban) effectiveness, legitimacy and success," an apparent reference to reports of overtures by Russia and China to the Taliban amid concerns of an emerging Islamic State affiliate in Afghanistan.

While the IS affiliate's stronghold is in eastern Afghanistan's Nangarhar province, the branch has managed also to stage high-profile attacks elsewhere, including in Kabul, and there have been reports of its activity in northern Afghanistan.

The presence of battle-hardened Uzbek militants in the ranks also further worries Moscow. After urging Afghans to embrace holy war, or jihad, to oust foreign troops, Akhunzadah's rambling message went on to touch upon the conflict between Gulf Arab states and Qatar, saying he was "saddened" by the feud.

The kingdom of Saudi Arabia, along with United Arab Emirates, Bahrain and Egypt have accused Qatar of supporting extremists, a charge that Doha denies.