Nearly 5,000 people, including almost 500 IS fighters, have left Syria 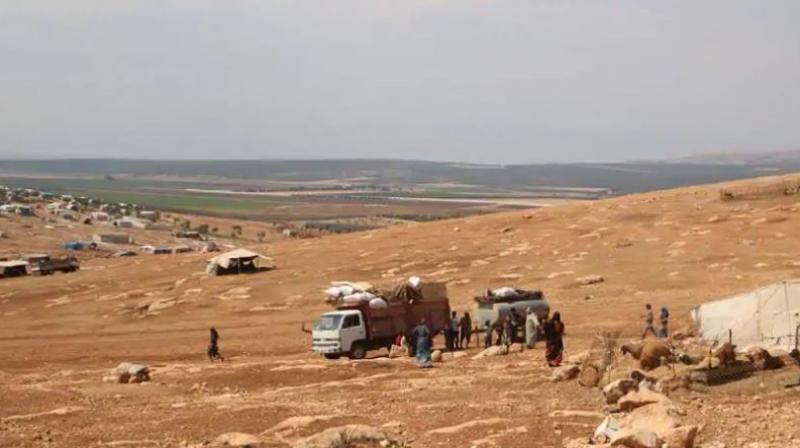 Kurdish-led forces, backed by air strikes of the US-led coalition, have been battling since September. (FIle Photo)

Beirut: Nearly 5,000 people, including almost 500 Islamic State fighters, have since Monday left the jihadist group's last bastion in eastern Syria, where IS continues to lose ground, a Britain-based monitor said.

Kurdish-led forces, backed by air strikes of the US-led coalition, have been battling since September to expel the jihadists from their enclave in the eastern province of Deir Ezzor.

"Around 4,900 people, mostly women and children but including 470 jihadists, have since Monday deserted the last IS pocket in the Deir Ezzor province, including 3,500 that left the area on Tuesday," Rami Abdel Rahman, head of the Syrian Observatory for Human Rights, told AFP on Tuesday.

The majority of the civilians are family members of jihadists, the Observatory said. They were evacuated on dozens of trucks chartered by the Syrian Democratic Forces (SDF), a Kurdish-led alliance fighting IS. In recent weeks the SDF has seized several eastern villages from IS, including Hajin, Al-Shaafa and Sousa.

Islamic State is now confined to just 10 square kilometres in Deir Ezzor, the Observatory said. On Tuesday, the "SDF progressed, without any resistance from IS, into the Baghouz area, the last still in the hands of jihadists," Abdel Rahman said.

The SDF "now controls half" of Baghouz, he added. The new wave of departures means that nearly 27,000 people have left former IS areas since early December, including almost 1,800 jihadists who have surrendered, the Observatory said.

IS overran large parts of Syria and neighbouring Iraq in 2014, proclaiming a "caliphate" in areas under their control. But they have since lost most of that to various offensives in both countries.

The Kurdish fighters who do much of the ground fighting against IS have pressed hard since President Donald Trump announced last month that he was ordering a complete US troop pullout from Syria.

Syria's war has killed more than 360,000 people and displaced millions since it started in 2011 with the brutal repression of anti-government demonstrations.