Israel's largely ceremonial president is tasked with picking the politician with the best chance of forming a stable coalition government. 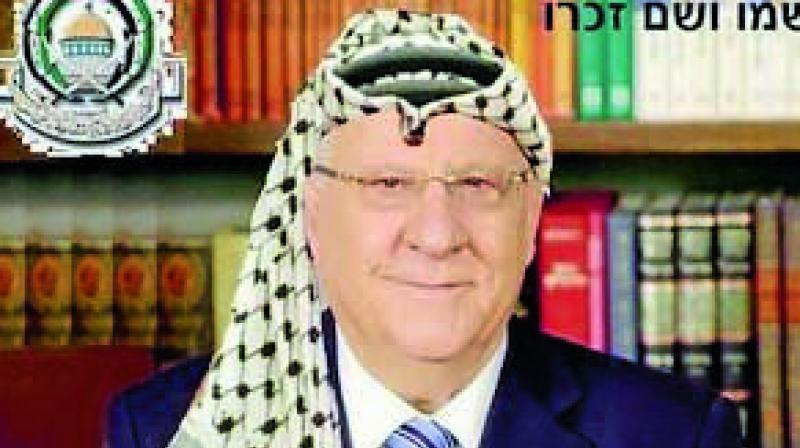 Israel's largely ceremonial president is tasked with picking the politician with the best chance of forming a stable coalition government. (Photo: File)

Israel's largely ceremonial president is tasked with picking the politician with the best chance of forming a stable coalition government.

While usually a mere formality, this time Rivlin plays a key role after an election result in which neither of the top candidates has an outright majority.

"The president, in this case, will be very, very involved in the particulars. He will ask for clear answers," Harel Tubi, the president's top aide, told Israel's Army Radio.

"I think he'll turn the consultations this time into consultations that have the ability to present other possibilities, of the sort that the public hasn't heard about yet."

Neither can muster a parliamentary majority with their traditional smaller allies.

The deciding factor looks to be Avigdor Lieberman and the eight seats his Yisrael Beitenu party captured.

Lieberman is demanding a broad unity government with the two major parties that is secular and excludes the ultra-Orthodox Jewish parties.

That appears to be the emerging compromise between Blue and White and Likud, though both are insisting upon leading it.

Complicating matters is Blue and White's refusal to sit with Netanyahu because he faces a likely indictment on corruption charges.

The first step out of the quagmire is the consultations at the president's residence, where each of the parties is asked to make its recommendations.

Though Netanyahu's Likud dropped in support, its allies appear to give Netanyahu the support of 55 members of parliament. For Gantz to compete, he'll need the backing of the Joint List of Arab parties, which emerged as the third largest party with 13 seats, and has traditionally refrained from openly endorsing a candidate for prime minister.

The Arab-led parties have never sat in an Israeli government and its leader, Ayman Odeh, says he is aiming to become opposition leader in case of a unity government.

But he hasn't ruled out giving Gantz his recommendation to the president to thwart another Netanyahu-led government.

It would make the first time since 1992 the Arab parties played a role in the process.

The decision will come down later Sunday, before party representative meet Rivlin.

And if that doesn't work, new elections would be triggered yet again. Rivlin has said he will do everything possible to avoid such a scenario and no one appears interested in a third Israeli election within a year.

Last week's vote happened because Netanyahu was unable to form a coalition after April's election without the support of Lieberman, an unpredictable ally-turned-rival who has upended Israeli politics in recent months.

The nationalist, yet secular, former defense minister is still being coy about whom he will recommend as the next prime minister.

Overhanging the whole process is Netanyahu's pre-indictment hearing scheduled in two weeks, after which he could face charges of bribery, breach of trust and fraud in three separate corruption cases.

Netanyahu had hoped to secure a narrow majority of hard-line and religious parties that support granting him immunity from prosecution.

With immunity now off the table, Netanyahu is desperate to remain in office despite the long odds.

Israeli law does not require a sitting premier to resign if indicted. But if he is charged, as is widely expected, he would come under heavy pressure to resign.