US-led coalition condemned the destruction as a crime against 'the people of Mosul and all of Iraq'.. 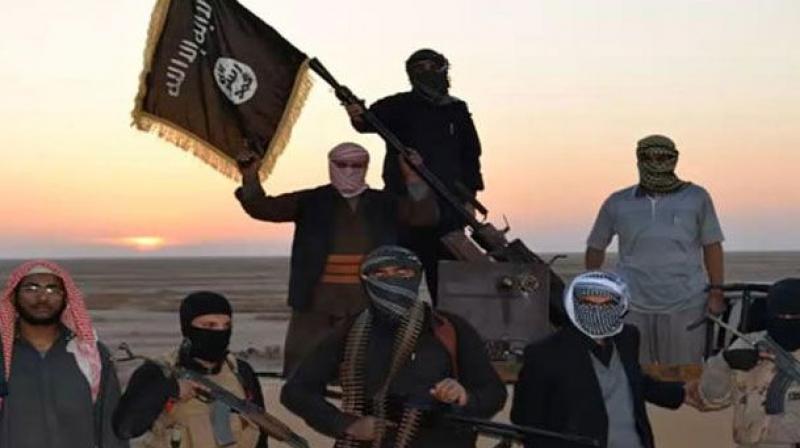 The destruction of two of Mosul's best-known landmarks comes on the fourth day of an Iraqi offensive backed by the US-led coalition. (Photo: Representational Image/AFP)

Baghdad: Jihadists on Wednesday blew up Mosul's iconic leaning minaret and the adjacent mosque where their leader Abu Bakr al-Baghdadi in 2014 declared himself "caliph" in his only public appearance, Iraqi officials said.

The Islamic State group swiftly issued a statement via its Amaq propaganda agency blaming a US strike, but the US-led coalition condemned the destruction as a crime against "the people of Mosul and all of Iraq".

Iraqi Prime Minister Haider al-Abadi said the destruction of the sites was "an official declaration of defeat" from the jihadists in the eight-month-old battle for Mosul.

"Our forces were advancing toward their targets deep in the Old City and when they got to within 50 metres (yards) of the Nuri mosque, Daesh (IS) committed another historical crime by blowing up the Nuri mosque and the Hadba" mosque, Staff Lieutenant General Abdulamir Yarallah, the overall commander of the Mosul offensive, said in a statement.

The destruction of two of Mosul's best-known landmarks comes on the fourth day of an Iraqi offensive backed by the US-led coalition to take the Old City, where holdout jihadists are making a bloody last stand.

It adds to a long list of Iraqi heritage sites and monuments the jihadist organisation has destroyed in Iraq and Syria since Baghdadi created his "caliphate" straddling both countries, almost exactly three years ago.

IS proclaimed its self-styled "caliphate" in June 2014, after sweeping across Iraq's Sunni Arab heartland, an unprecedented experiment in jihadist statehood.

The Iraq-born Baghdadi appeared at the Nuri mosque in Mosul, Iraq's second city, days later to declare himself "caliph" and urge the world's Muslims to move in.

It remains the last public appearance to date for the jihadist supremo, whose fate and whereabouts are currently unclear and whose "state" has been shrinking for two years.

- 'Iraq's Tower of Pisa' -
Iraqi forces on Sunday launched an assault on the Old City of Mosul, eight months into a huge offensive to wrest back the northern city from the jihadists, who had made it their de facto Iraqi capital.

The ancient minaret known as "Al-Hadba" (Hunchback) lies next to the Nuri mosque and was the most loved and recognisable landmark in Mosul, sometimes referred to as Iraq's Tower of Pisa.

The mosque was named after Nuruddin al‑Zanki, a noble who fought the early crusaders from a fiefdom that covered territory in modern-day Turkey, Syria and Iraq. The mosque was built almost 800 years ago in 1172-73, shortly before his death, and housed an Islamic school.

The minaret, with its unmistakeable shape, was the symbol of the city and featured in many local shops signs and advertisements. It gave its name to countless restaurants, companies and sports clubs.

When IS imposed its tyrannic brand of sharia, or Islamic law, in the early stages of its "caliphate", it destroyed several key heritage sites in Mosul, including the main museum and shrines to Jonah and Seth.

It reportedly rigged the "Hadba", which it sees as the subject of a cult that transgresses its own regressive and ultra-conservative brand of Islam, but had been prevented from blowing it up by the local population.

- Foretold disaster -
"The minaret of Al-Hadba has been here forever, it is part of the history of Mosul, it is the symbol of the city," Ahmed Thilij Hamed, a 49-year-old resident of a neighbourhood near the Old City, told AFP on Monday.

It had become clear to most in Mosul that IS would not give up its last redoubt in the city without destroying landmarks whose capture by the Iraqi forces would have dealt them a massive symbolic blow.

"When the minaret is destroyed, it will be the final blow to Mosul's heritage because all the other landmarks are gone," Hamed said. "I will be very sorry, I cannot imagine such a moment."

Staff Lieutenant General Abdulwahab al-Saadi, one of the top commanders of the Counter-Terrorism Service that has spearheaded the fighting against IS, explained why he thought the Nuri mosque and nearby "Al-Hadba" would almost inevitably be destroyed.

"The mosque has some symbolism for the terrorist gangs, being the mosque where Abu Bakr al-Baghdadi gave his first sermon" as IS leader, he told AFP on Monday from his command post on the edge of Mosul.

"Perhaps they won't want to leave this place that Abu Bakr al-Baghdadi took to the security forces and maybe they'll send a message accusing Iraqi units of of destroying them," he predicted.

The US-led coalition which carries out daily air strikes and has advisers on the ground supporting the Mosul operation condemned the destruction.

"This is a crime against the people of Mosul and all of Iraq, and is an example of why this brutal organization must be annihilated," said Major General Joseph Martin.