A bomb blast in a bus killed three civilians on Sunday in the northern Syrian city of Afrin. 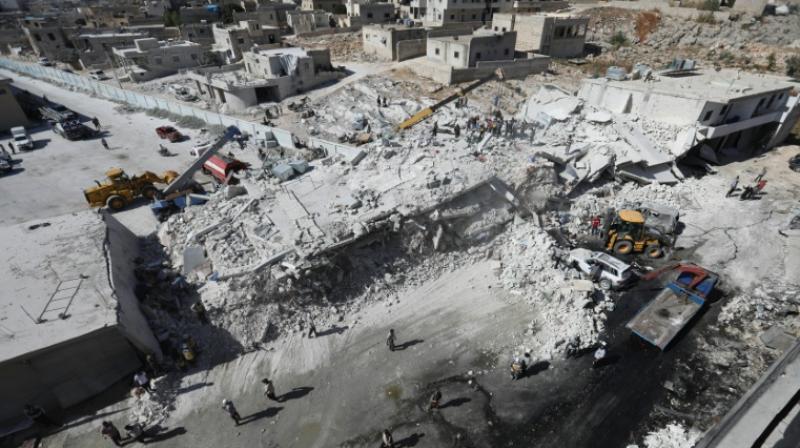 Beirut: A bomb blast in a bus killed three civilians Sunday in the northern Syrian city of Afrin on the first anniversary of a Turkish attack on the Kurdish-majority region, a war monitor said.

Nine other people, including fighters, were wounded in the explosion, the head of the Britain-based Syrian Observatory for Human Rights, Rami Abdel Rahman, told AFP.

Turkish troops and allied rebel groups seized the Afrin region from Kurdish forces in March last year after a two-month air and ground offensive. "The explosion is the result of a bomb that was placed in a bus in the centre of Afrin," Abdel Rahman said.

It was not immediately clear who was behind the blast, the second to rock Afrin since December 16 when a car bomb killed at least nine people, including five civilians, near a pro-Turkey rebel post in the city.

That explosion came after Turkish President Recep Tayyip Erdogan threatened to launch a new offensive against the Kurdish People's Protection Units (YPG) in Syria. Turkey accuses the YPG of being "terrorists", but the Kurdish militia also forms the backbone of a US-backed alliance fighting the Islamic State group in Syria.

Residents in the Kurdish-controlled city of Qamishli protested Sunday to mark the anniversary of the Turkish offensive on Afrin. The border enclave had been part of the de facto semi-autonomous region Syria's Kurds have carved out in the country's northeast since 2011.

Thousands took to the streets holding photos of fallen Kurdish fighters and banners that read "no to Turkish occupation" and "it's time to free Afrin". "We will not abandon Afrin... and we'll fight against any new invasion," added 50-year-old Bassam Moussa from Qamishli.

The YPG in a statement pledged to continue its "struggle" to retake Afrin from Turkey's "occupation". In a conference call with Turkish troops who participated in last year's offensive, Erdogan on Sunday said "they will never dissuade us from continuing our fight in Afrin".

The Afrin offensive forced half of the enclave's 320,000 to flee, according to the UN, and most have not yet returned.