Houthi rebels seized the Yemeni capital Sana’a from the globally-recognised government in 2014. 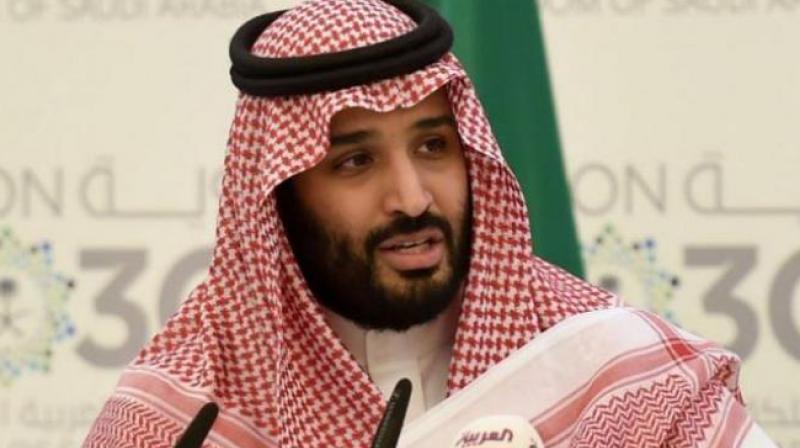 The US calls on Iran’s Islamic Revolutionary Guard Corps to stop arming and enabling the Houthis’ violent actions against Yemen’s neighbours, including Saudi Arabia. (Photo: File)

Washington: The US has strongly condemned a ballistic missile attack over Riyadh which Saudi Arabia claimed was launched from Yemen by Iran-backed Houthi rebels, saying such actions threaten regional security.

Saudi Arabia, which has been leading a military campaign against the Houthis for the last three years, shot down the ballistic missile over Riyadh Tuesday.

Houthi rebels seized the Yemeni capital Sana’a from the globally-recognised government in 2014.

The US calls on Iran’s Islamic Revolutionary Guard Corps to stop arming and enabling the Houthis’ violent actions against Yemen’s neighbours, including Saudi Arabia, she said.

Asserting that a political solution is the only way to advance a long-term stability in Yemen and end the suffering of the Yemeni people, the US urged all the parties to immediately cease hostilities, avoid retaliatory measures and return to political negotiations under the auspices of the UN.

“We continue to urge all parties to facilitate the free and unfettered flow of humanitarian aid and commercial goods, including fuel, into and throughout Yemen, including through all of Yemen’s ports, including Hudaydah port and Sana’a airport,” Nauert added.

Saudi Arabia said the missile was fired from Yemen by Iran-backed Houthi rebels, who announced that the target was the official residence of King Salman.

Thousands of people have lost their lives since Saudi Arabia and its allies joined the fight launched by Yemeni government against the Houthi rebels in 2015, triggering what the UN has termed as the world’s worst humanitarian crisis.