Saudi women now can open their own business without male permission

Saudi Arabia is pushing to expand country’s private sector, including expansion of female employment under a reform plan for a post-oil era. 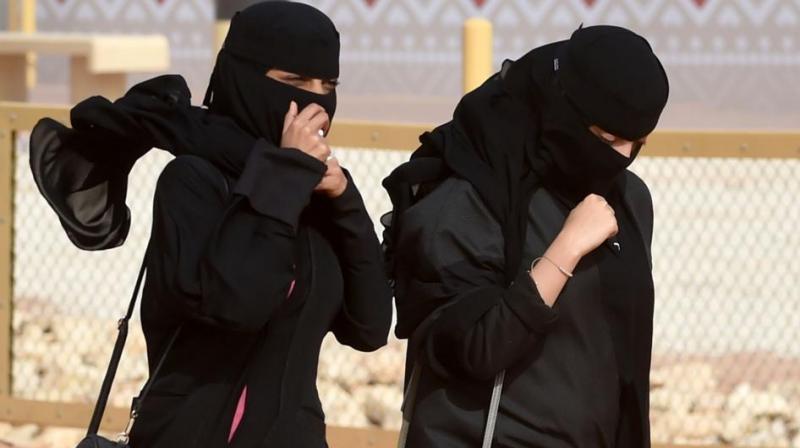 The policy change, announced by the Saudi government on Thursday, also marks a major step away from the strict guardianship system that has ruled the country for decades. (Photo: Representational | AFP)

Riyadh: Women in Saudi Arabia can now open their own businesses without the consent of a husband or male relative, as the kingdom pushes to expand a fast-growing private sector.

The policy change, announced by the Saudi government on Thursday, also marks a major step away from the strict guardianship system that has ruled the country for decades.

“Women can now launch their own businesses and benefit from (governmental) e-services without having to prove consent from a guardian,” the ministry of commerce and investment said on its website.

Under Saudi Arabia’s guardianship system, women are required to present proof of permission from a male “guardian” -- normally the husband, father or brother -- to do any government paperwork, travel or enrol in classes.

Long dependent on crude production for economic revenue, Saudi Arabia is pushing to expand the country’s private sector, including an expansion of female employment under a reform plan for a post-oil era.

While women still face a host of restrictions in the ultraconservative Muslim kingdom, Saudi Arabia’s public prosecutor’s office this month said it would begin recruiting women investigators for the first time.

The kingdom has also opened 140 positions for women at airports and border crossings, a historic first that the government said drew 107,000 female applicants.

Crown Prince Mohammed bin Salman, the powerful heir to the Saudi throne, has been leading the drive to expand the role of women in the workforce in recent months.

His father, King Salman, in September approved the end of a decades-long ban on driving, which goes into effect in June.

The 32-year-old prince pledged a “moderate, open” Saudi Arabia in October, breaking with ultra-conservative clerics in favour of an image catering to foreign investors and Saudi youth.

Prince Mohammed is widely seen as the chief architect behind Saudi Arabia’s “Vision 2030” reform programme, which seeks to elevate the percentage of women in the work force from 22 percent to nearly one-third.