‘Our first impression is that it's not politically motivated,’ says the official, who is involved in the investigation. 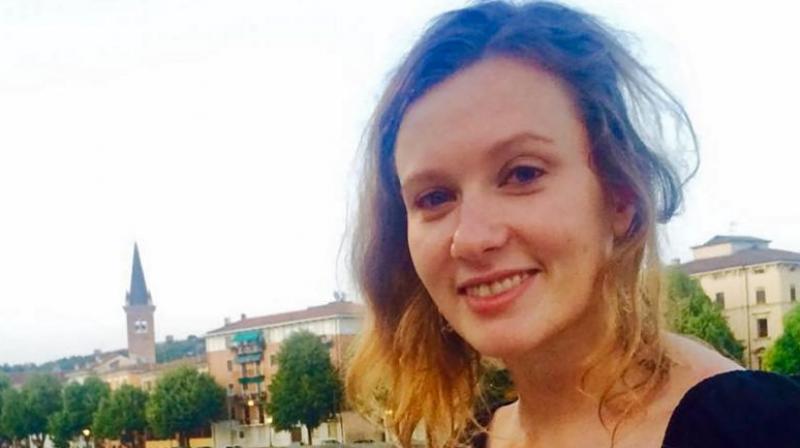 The official confirmed the victim’s name as Rebecca Dykes but could not elaborate on the exact circumstances of her death. (Photo: AFP)

Beirut: A British woman employed at the UK embassy in Lebanon has been found murdered, a senior official said on Sunday, adding that the crime did not appear to be political.

"Our first impression is that it's not politically motivated," the official, who is involved in the investigation, said, speaking on condition of anonymity.

He confirmed that the victim's name was Rebecca Dykes but could not elaborate on the exact circumstances of her death.

A statement from the Foreign Office and the family provided no further details.

"We are devastated by the loss of our beloved Rebecca. We are doing all we can to understand what happened," the family said in a statement passed on by the Foreign Office.

According to Dykes' social media profiles, she was employed by the UK Department for International Development (DFID) which issued a statement following confirmation of her death.

"Our thoughts are with Becky's family and friends at this very upsetting time," DFID said, adding that the Foreign Office was working with authorities in Lebanon as the police probe gets underway.

The Lebanese official said her body was found "on the side of the Emile Lahoud road" just north of Beirut on Saturday evening.

He said investigators were looking into reports that Dykes had been sexually assaulted.

A security source said that the British woman's body had been dumped on the roadside and that strangulation was suspected as a possible cause of death because "she was found with a piece of string around her neck".

The murder has stunned Britain, where Dykes' photograph appeared across newspaper front pages.

She is believed to have been out for a colleague's leaving party in Beirut's Gemmayzeh district on Friday night and left around midnight, UK media reported citing Lebanese sources.

An initial forensics examination indicated she died at around 4:00am (0200 GMT), the Guardian newspaper said.

British Ambassador to Lebanon Hugo Shorter said in a statement: "The whole embassy is deeply shocked and saddened by this news. Our thoughts are with Becky's family, friends and colleagues for their tragic loss.

"We are providing consular support to Becky's family and working very closely with the Lebanese local authorities who are conducting the police investigation," he said.