One of the five attackers was still holding out more than five hours after the coordinated assault began, police commander Shirzad said. 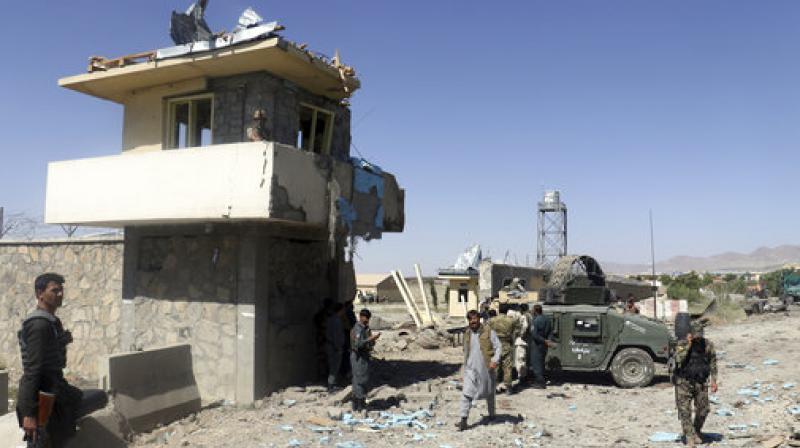 Security forces are deployed as the site of suicide attacks and an ongoing clash between Taliban insurgents and government forces in the main police station in eastern Paktia province, Afghanistan. (Photo: AP)

Kabul:  At least five Afghan policemen were killed and 15 people injured in a suicide bomb and gun attack by Taliban insurgents on the police headquarters in an eastern city Sunday, authorities said.

The assault on the headquarters in Gardez, which was still continuing, was launched at 6:00 am, said the regional police commander, Asadullah Shirzad.

Five civilians were among the wounded. One of the five attackers was still holding out more than five hours after the coordinated assault began, Shirzad said.

"The first attacker blew up his vehicle at the entrance to the headquarters, opening the way for two others who opened fire on security forces, and another suicide bomber was shot dead," he said. The head of the police hospital, Dr Shir Mohammad, confirmed the casualty toll.

The spokesman for the Taliban, Zabihullah Mujahid, claimed responsibility for the attack in a communique.