Air strikes by the US-led coalition have killed many civilians over the past weeks as the battle against the extremists intensifies. 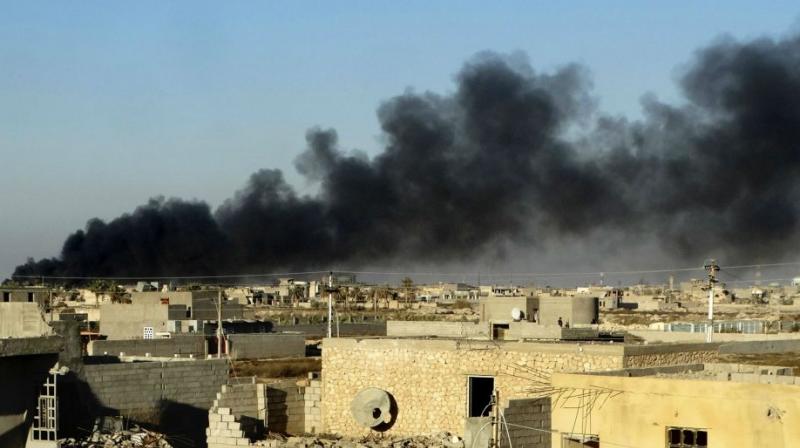 According to Syrian opposition activist Omar Abu Laila 8 people were killed, including an Iraqi family of 4. (Photo: File/AP)

Beirut: Syrian opposition activists say an air strike has killed at least 10 people in an eastern town that borders Iraq.

The activists say the air strike late Monday in Boukamal was most likely carried out by the US-led coalition that has been targeting the Islamic State group in Syria and Iraq.

Air strikes by the US-led coalition have killed dozens of civilians over the past several weeks as the battle against the extremists intensifies.

The Britain-based Syrian Observatory for Human Rights said on Tuesday that the air strike killed 13 civilians, including women and children, as well as three IS fighters.

Opposition activist Omar Abu Laila, who is from the province where the strike took place and currently lives in Europe, said eight people were killed, including an Iraqi family of four.