Israeli authorities said they had come from the flashpoint holy site which includes the Al-Aqsa mosque and the Dome of the Rock, to commit the attack. 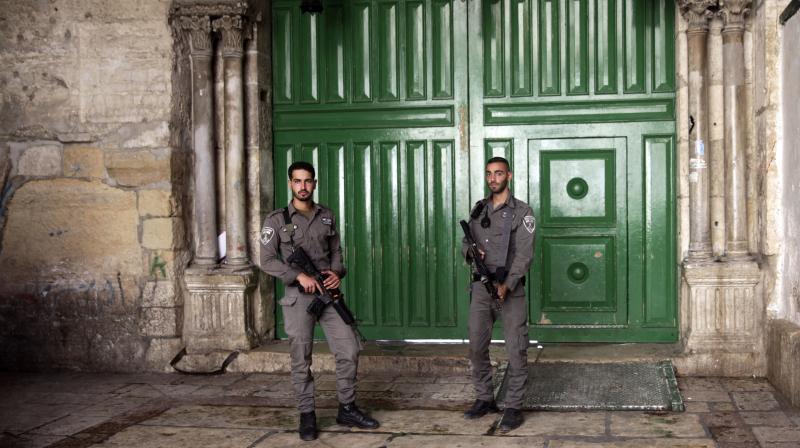 Three Arab Israeli assailants opened fire on Israeli police on Friday in the Old City before fleeing to the nearby Haram al-Sharif, known to Jews as the Temple Mount, where they were shot dead by the police.

Israeli authorities said they had come from the flashpoint holy site, which includes the Al-Aqsa mosque and the Dome of the Rock, to commit the attack.

Israeli Prime Minister Benjamin Netanyahu has signalled it is to remain closed until at least Sunday, while security was assessed.

He spoke of increasing security at entrances to the holy site when it reopens, likely to be a controversial move.

On Saturday, there was restricted access through Damascus Gate, the main entrance used by Palestinians into Jerusalem’s Old City, with only residents with identification being allowed to pass.

Around 20 Palestinians waited at police barriers near Damascus Gate to see if they would be let through.

“This is not security. This is punishment,” said Bader Jweihan, a 53-year-old accountant for a bus company who was trying to get to work but was refused entrance there. “They want to punish the Arab Jerusalem citizens,” he added.