The leaders discussed 'issue of shedding light' on Jamal Khashoggi case and emphasised the 'importance of creating a joint working group'. 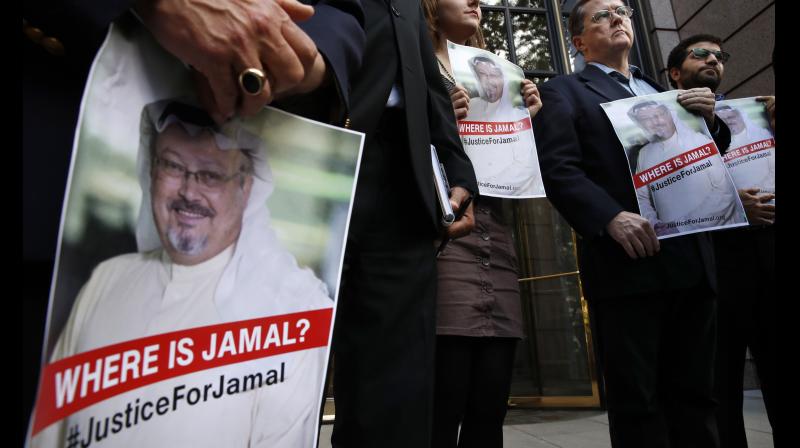 Khashoggi has been missing since he stepped inside the Saudi consulate in Istanbul on October 2. (Photo: AP)

Erdogan and Salman discussed "the issue of shedding light on the case of Jamal Khashoggi" and also emphasised the "importance of creating a joint working group within the framework of the investigation," said a Turkish presidential source, who asked not to be named.

Ankara had previously said a working group would be set up in line with a Saudi proposal. But few details have emerged over how this will function.

The Saudi foreign ministry said Salman affirmed his country's "solid" relations with Turkey in the phone call with Erdogan. The king phoned Erdogan "to thank the president for welcoming the kingdom's proposal to form a joint working group to discuss the disappearance of Saudi citizen Jamal Khashoggi".

Salman emphasised the importance of the Turkey-Saudi relationship and said no-one should be able to "undermine the strength of this relationship", it added.