Security forces are searching for ISIS jihadists trying to sneak out of the city among civilians. 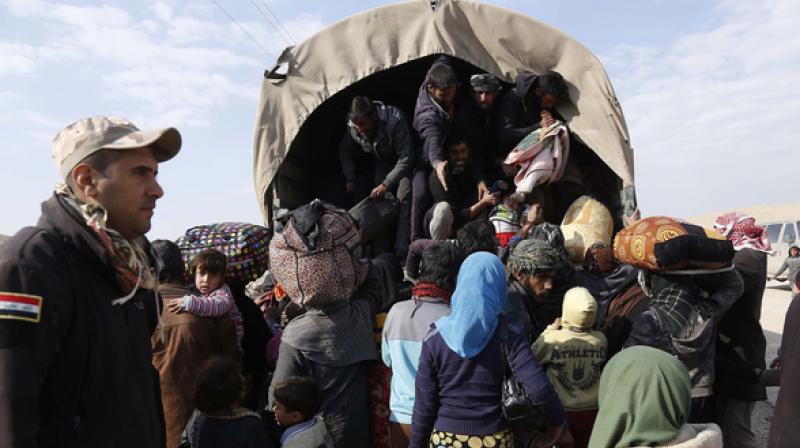 Tens of thousands of people have streamed out of west Mosul since February 25. (Photo: Representational/AFP)

Baghdad: Iraq's interior ministry is holding over 1,200 men and boys suspected of ties to jihadists in "horrendous conditions" without charge at facilities south of Mosul, Human Rights Watch said on Tuesday.

Iraqi forces are fighting to retake second city Mosul from the Islamic State jihadist group, recapturing its east before setting their sights on the smaller but more densely-populated west.

Tens of thousands of people have streamed out of west Mosul since February 25, and security forces are searching for IS jihadists trying to sneak out of the city among civilians.

"The Iraqi interior ministry is holding at least 1,269 detainees, including boys as young as 13, without charge in horrendous conditions and with limited access to medical care at three makeshift prisons," HRW said in a report.

"At least four prisoners have died, in cases that appear to be linked to lack of proper medical care and poor conditions and two prisoners' legs have been amputated, apparently because of lack of treatment for treatable wounds," the watchdog said.

The interior ministry's spokesman said he could not comment on the report until it had been reviewed by the minister.

The facilities are located in Qayyarah and Hamam al-Alil, said HRW, which visited some of them earlier this month.

The rights group said that the makeshift prisons were under the authority of the interior ministry intelligence service, which is interrogating people handed over by security forces fighting IS.

Iraq was under heavy pressure to improve its procedures for the Mosul operation after people reported torture and other abuses during screening of those who fled Fallujah, which Baghdad's forces retook from IS last year.

While changes do seem to have been made, the HRW allegations indicate that significant problems remain with screening procedures -- problems that breed anger and resentment that drives more people into the arms of militants.