In Israel’s first reaction, a government official said Hamas must disarm and recognise Israel under the deal. 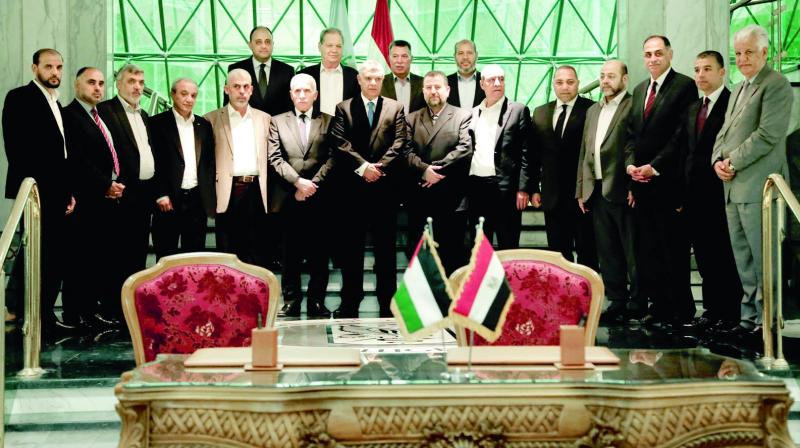 Fatah and Hamas officials after a reconciliation deal is signed during a short ceremony at the Egyptian intelligence complex in Cairo. (Photo: AP)

Cairo:  Rival Palestinian factions Hamas and Fatah signed an agreement on Thursday for ending a decade-long split following talks mediated by Egypt in Cairo, with President Mahmud Abbas calling it a “final” accord.

Under the agreement, the West Bank-based Palestinian Authority is to resume full control of the Hamas-controlled Gaza Strip by December 1, according to a statement from Egypt’s government.

Mr Abbas welcomed the deal and said that he considered it a “final agreement to end the division” — though many details remain to be resolved and previous reconciliation attempts have repeatedly failed.

It was signed in Cairo by new Hamas deputy leader Salah al-Aruri and Azzam al-Ahmad, the head of the Fatah delegation for the talks, at the headquarters of Egypt’s intelligence service, which oversaw the negotiations.

Celebrations broke out in the Gaza Strip after the announcement of the deal, with residents waving flags of Egypt, Palestine, Fatah and Hamas. In Israel’s first reaction, a government official said Hamas must disarm and recognise Israel under the deal.