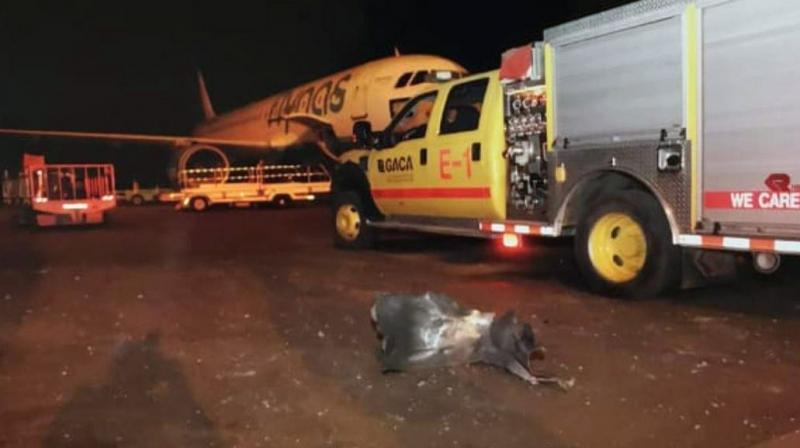 ‘The continuation of the Iranian regime's aggression and reckless escalation, whether directly or through its militias, will result in grave consequences,’ deputy defence minister Prince Khaled bin Salman tweeted. (Photo: AP)

Riyadh: Riyadh accused its arch-foe Tehran on Thursday of ordering a Yemeni rebel missile strike which wounded 26 people at a Saudi airport and warned of "grave consequences".

"The continuation of the Iranian regime's aggression and reckless escalation, whether directly or through its militias, will result in grave consequences," deputy defence minister Prince Khaled bin Salman tweeted.

Yemen's Huthi rebels hit the civilian airport in the popular mountain resort of Abha in the southwest of the kingdom on Wednesday, damaging the arrivals hall and forcing its closure for several hours. "We will confront the Huthi militia's crimes with unwavering resolve," said Prince Khaled, a son of King Salman.

"Their targeting of a civilian airport exposes to the world the recklessness of Iran's escalation and the danger it poses to regional security and stability." Iran and the Yemeni rebels both follow arms of the Shiite branch of Islam but Tehran has always denied providing more than moral support to the rebels.

Riyadh has accused the rebels of being Iranian proxies ever since it led its allies in launching a military intervention against them in March 2015. "The Iranian regime is the only party in the region that has been pursuing reckless escalation, through the use of ballistic missiles and UAVs (unmanned aerial vehicles) to directly target civilian installations and innocent civilians," Prince Khaled said. "For 40 years, the Iranian regime has been spreading chaos, death and destruction, by sponsoring and financing terrorist organisations including the Huthis."

There has been a spate of rebel attacks on Saudi targets in recent weeks which have coincided with reports of intensified coalition strikes on rebel strongholds on the other side of the border. The rebels say that missile and drone strikes against Saudi Arabia are one of few ways that they can retaliate against more than four years of bombing by the Saudi-led coalition which has exacted a heavy civilian death toll in Yemen.

Since 2015, the conflict has killed tens of thousands of people, many of them civilians, relief agencies say. It has triggered what the UN describes as the world's worst humanitarian crisis, with 24.1 million Yemenis -- more than two-thirds of the population, in need of aid.

Concern over the civilian toll from the Saudi-led air war has triggered a fierce battle over US arms sales to the kingdom that has pitted President Donald Trump's administration against both houses of Congress.