The European Rohingya Council expressed shock and concern about the EU's decision not to support the UN investigation. 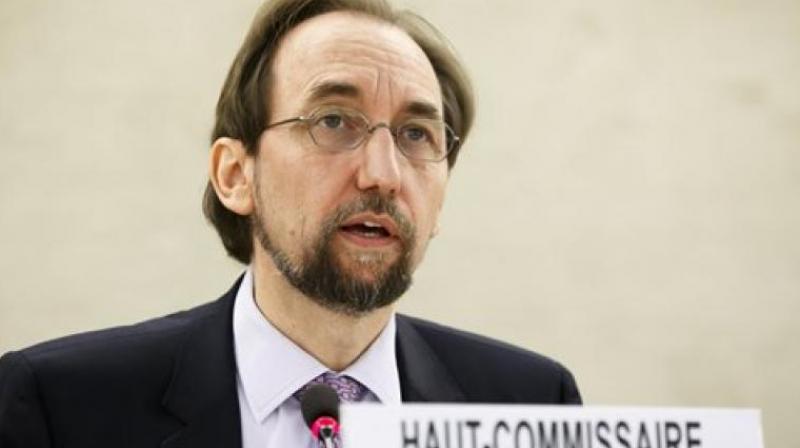 Ankara: A group representing Rohingya in Europe has called on the European Union to support a United Nation (UN)-led investigation into "Myanmar's Crimes against Rohingya."

The European Rohingya Council (ERC) said in a statement it was "deeply shocked and extremely concerned" about the EU's decision not to support the UN investigation, reports the Anadolu News Agency.

It was reported earlier last month that the EU decided not to back up the international investigation sought by UN High Commissioner for Human Rights Zeid Ra'ad al-Hussein.

The fresh wave of violence and subsequent reprisals against the civilian population began last year mid October after insurgents, believed to be mostly from the Rohingya minority, attacked Myanmar border posts on October 9, killing nine police officers there.

"The EU's backing up of the military formed Commission of Inquiry to investigate the very crimes the military has been committing is completely shocking. This irresponsible stand of the EU will be a green light for the Myanmar armed forces to further commit atrocities against Rohingya," the ERC said in its statement.

"We strongly urge the EU to reverse its decision, and to support the U.N. led the international investigation of the crimes against Rohingya perpetrated by Myanmar armed forces in Northern Arakan," the statement added.

It said that Myanmar does not allow international media into the affected area in Rakhine State and will not cooperate with a UN probe into the killings, rape and mass arrests of Rohingya is proof of the government's humanitarian crimes.

The statment suggested that "only an independent UN-led international investigation of Myanmar's abuse against Rohingya can reveal the crimes against Rohingya," that could help end "Myanmar's state-sponsored institutionalized persecution of Rohingya community."