There are still weeks if not months of fighting ahead in the battle to recapture the last IS-held Iraqi city. 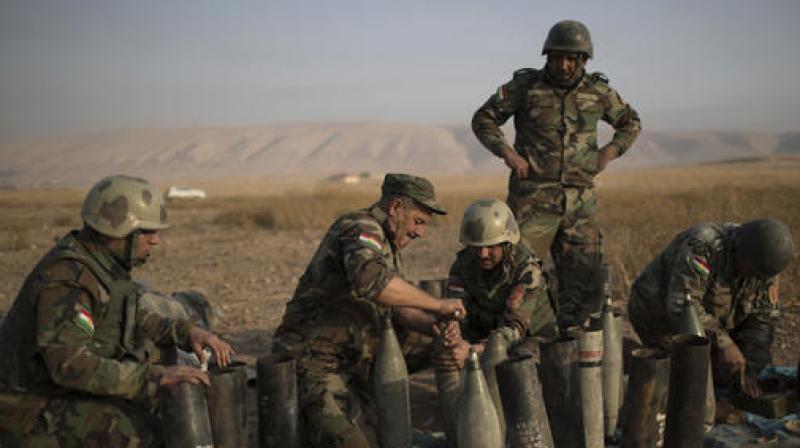 Mosul: Elite Iraqi forces were engaged in "intense" fighting with jihadists in eastern Mosul on Saturday as they tried to fortify positions before advancing further into the city, an officer said.

Iraqi forces launched a massive operation to retake the country's second city from the Islamic State group on October 17, and the Counter-Terrorism Service (CTS) special forces have pushed the jihadists back from some Mosul neighbourhoods.

But there are still weeks if not months of fighting ahead in the battle to recapture the last IS-held Iraqi city.

"The fighting is intense this morning. We're trying to fortify our positions in Arbajiyah before continuing our attack into Al-Bakr," said Staff Lieutenant Colonel Muntadhar Salem of CTS, referring to two Mosul areas.

CTS forces launched an assault on Arbajiyah the day before, and Salem said that they were in control of the area on Saturday.

IS overran large areas north and west of Baghdad in 2014, but Iraqi forces backed by US-led air strikes have since regained significant ground from the jihadists.