Qatar denies supporting extremism and has condemned the closures as an attack on its sovereignty. 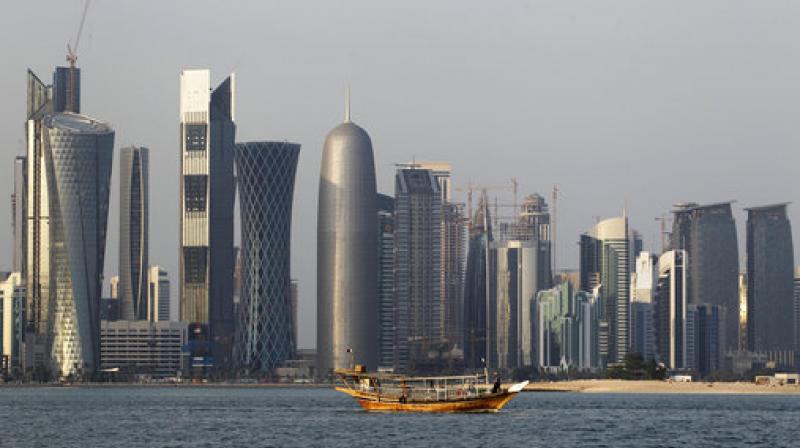 Qatar's government says it is forming a committee to pursue compensation for damages stemming from its isolation by four Arab countries. (Photo: AP)

Doha: It's been more than a month since four Arab nations cut land, sea and air routes to Qatar, but in the gas-rich Gulf nation's glimmering malls and luxury hotels there is little sign of hardship.

Luxury hotels like the W and St. Regis serve lavish meals around the clock and alcohol flows for visitors. Famous Barcelona soccer players Gerard Pique, Sergio Busquets and Jordi Alba met with fans last week at a mall in the capital, Doha, which will host the 2022 World Cup tournament.

"We don't feel any difference. It's a celebration everywhere," Qatari Badr Jeran said as he shopped at the mall.

Saudi Arabia, Bahrain, the United Arab Emirates and Egypt moved to isolate Qatar in early June, severing diplomatic ties and closing off their air space and shipping lanes over Doha's support for Islamist groups across the region, many of which are viewed as terror groups by its rivals.

Qatar denies supporting extremism and has condemned the closures as an attack on its sovereignty.

Worried residents rushed to grocery stores, emptying shelves of dairy products and other food imports after Saudi Arabia sealed Qatar's only land border, but they were quickly restocked.

If the Arab nations intended to bring about a change in government, those hopes appear to have been dashed by an outpouring of popular support for Sheikh Tamim bin Hamad Al Thani, the 37-year-old emir. Signs on cars and billboards read "We are all Tamim. We are all Qatar".

Here's a look at how Qatar has weathered the crisis:

Money- Lots of it: Shortly after the crisis began, a Twitter account called Doha Under Siege began documenting life under the blockade.

The tongue-in-cheek posts point to the fact that Qatar is fantastically wealthy. It is one of the world's richest nations per capita, making its citizens on average wealthier than even those in neighboring Gulf states.

Qatar has a population of around 2 million, but only a little more than a quarter-million are citizens, meaning the government has a lot of wealth it can spread around.

Qatar has some $340 billion in reserves. Around $40 billion of that is in cash plus gold, and $300 billion is in reserves with the Qatar Investment Authority, according to central bank governor Sheikh Abdullah Bin Saoud Al Thani.

Qatar's sovereign wealth fund has invested strategically over the years in international luxury brands and real estate in major cities like New York and London.

Energy: Qatar's main source of revenue is its natural gas, which continues to flow uninterrupted. It is the world's largest liquefied natural gas producer, which it ships on tankers around the world.

An undersea pipeline provides gas to Oman and the UAE, which heavily relies on Qatar's gas despite severing diplomatic ties.

The crisis has actually served as a "a good sort of trial run" for the Qataris to determine how to manage their economy in the face of such an event, said Noha Aboueldahab, a visiting fellow at the Brookings Doha Center think tank.

Costs have increased for the government because of the round about routes that need to be taken to fly or ship food and other goods into the country, but she says the added expense has yet to be felt by shoppers.

The government says it's covering a ten-fold increase in shipping costs for food and medicine.

Help from friends: Qatar's ally Turkey and its neighbor Iran have quickly stepped in to fill any gaps, as has Morocco. Instead of carrying the Saudi Almarai dairy brand, the shelves are now stocked with milk and produce from Turkey.

One of the reasons cited for the Arab nations' decision to cut ties was Qatar's relations with Iran, with which it shares a massive undersea natural gas field. But here too, the blockade seems to have had the opposite effect.

Iran's kept its airspace open, allowing Qatar Airways and other airlines to circumvent the closures.

Past investments in desert agriculture have also helped head off any food crisis. Despite the sweltering, arid climate, farmers have found ways to grow organic produce like tomatoes, cucumbers, zucchini, eggplant and champignon mushrooms inside greenhouses.

New Routes: Since the Arab quartet's June 5 blockade was announced, Qatar has launched five new shipping routes two to Oman, two to India and one to Turkey.

The facility, part of a $7.4 billion port infrastructure project, only began general cargo operations in October, and was fully up and running in early December.

Maersk Line, which had previously shipped much of its Qatar-bound cargo via Jebel Ali, has retooled its operations to keep Qatar supplied via Oman.

On one evening earlier this month, five large ships docking in Hamad Port unloaded sheep from Australia, food from Turkey and cars made in South Korea.

The peninsula-nation can also look to its national carrier to fly in goods. Qatar Airways, one of the region's biggest airlines, operates 200 aircraft, including 21 cargo planes.