Zakka, an information technology expert, had disappeared while he was attending a conference in Tehran in 2015. 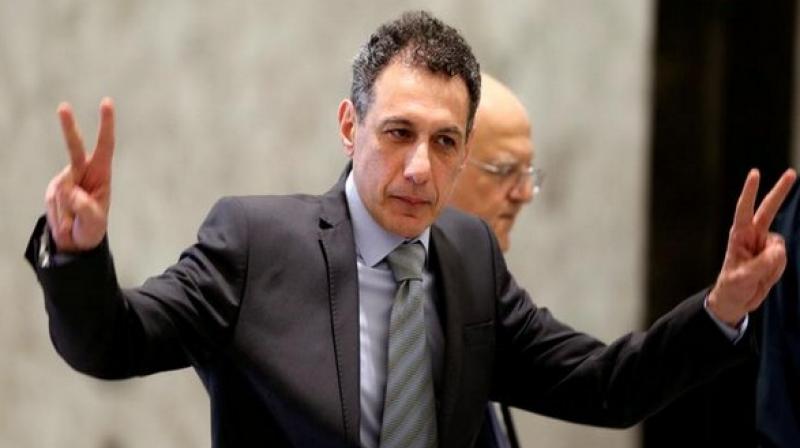 'The campaign for my release started in Lebanon, developed in Lebanon, and ended in Lebanon,' Zakka said, adding that he would not divulge into details regarding his 'kidnapping, detention, and false accusations.' (Photo: ANI)

Tehran: Iran on Tuesday released a Lebanese businessman named Nizar Zakka who was imprisoned on charges of spying for the United States for nearly four years.

Zakka, who is a permanent US resident, arrived in Lebanon's capital Beirut after the Lebanese government had made a request for his release.

Zakka, who is an information technology expert, had disappeared while he was attending a conference in Tehran in 2015. Subsequently, he was arrested and sentenced to 10 years of imprisonment on charges of espionage.

The businessman thanked the Lebanese government and his family for securing his release.

"The campaign for my release started in Lebanon, developed in Lebanon, and ended in Lebanon," he said, adding that he would not divulge into details regarding his "kidnapping, detention, and false accusations".

According to Zakka's lawyer, the businessman was arrested while on his way to the airport to return to Beirut. He was shifted to Evin prison and was kept in solitary confinement for nearly a year.

In 2016, Zakka was ordered to cough up USD 4.2 million for espionage, apart from the 10-year prison sentence awarded to him.

Zakka's family, who was campaigning for his release, had alleged that he went on hunger strike several times and was tortured.

Zakka's Lebanese lawyer Sarah Fallah had claimed that she was not allowed to meet her client by Iranian authorities.

The US, which has called for Zakka's release in the past, responded positively to the development.

"It is without a doubt a great day for Mr Zakka, his family, and all those who have supported him during his unlawful imprisonment," a State Department spokeswoman said.

"We hope that Mr Zakka's release is a positive sign for American detainees in Iran," she said.

Zakka's release by the Iranian government comes amid rising tensions between Washington and Tehran after the former pulled out from the Joint Comprehensive Plan of Action (JCPOA) or the historic 2015 nuclear deal last year.

The US has slapped sanctions on Iran, citing the latter's support to state-sponsored terrorism. Tehran, on the other hand, said it would retaliate "strongly" and has accused Washington of indulging in "economic terrorism."