Turkey's Interior Minister Suleyman Soylu did not say who was suspected of being behind the attack. 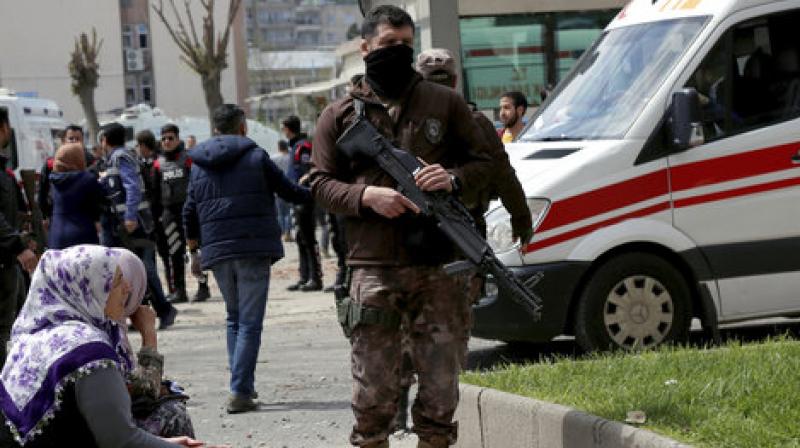 An armoured police vehicle was being repaired at the facility before the blast occurred on Tuesday, killing three people. (Photo: AP)

Ankara: Turkey's Interior Minister Suleyman Soylu says an explosion that hit a police station in the mainly-Kurdish city of Diyarbakir was the result of a "terror attack."

Tuesday's blast, which killed three people, an armoured police vehicle was being repaired.

Soylu had initially said the explosion appeared to be accidental. On Wednesday, however, he said investigators had concluded that it was an attack by assailants who had dug tunnels and placed explosives beneath the vehicle repair facility.

He did not say who was suspected of being behind the attack. Kurdish rebels, engaged in a renewed battle against the government forces, have previously targeted police in the region.