Turkey: 1 killed, many injured in workshop explosion in Diyarbakir

The blast in the mainly Kurdish city of Diyarbakir caused part of the workshop to collapse. 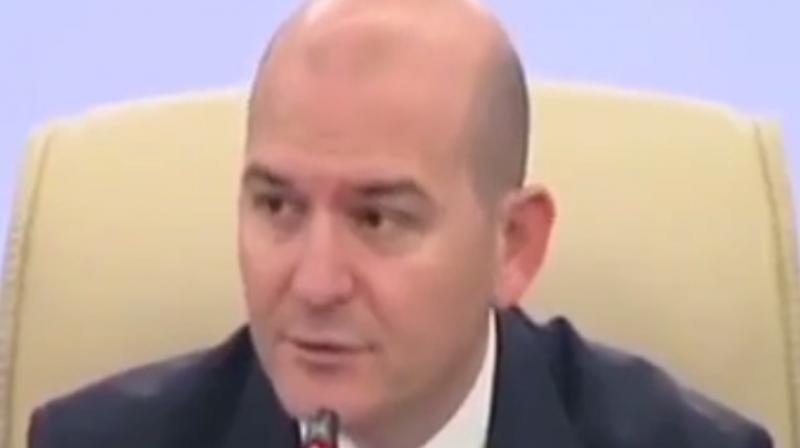 The cause of the explosion is under investigation, but Interior Minister Suleyman Soylu suggested that it could be due to the repair work. (Photo: YouTube videograb)

Ankara: At least four people were injured and one person was trapped beneath debris following an explosion on Tuesday that occurred inside a workshop where a police armoured vehicle was being repaired, officials and news reports said.

The blast in the mainly Kurdish city of Diyarbakir caused part of the workshop - an annex to the city's main police headquarters - to collapse. One person was caught beneath the debris and was still to be rescued, Interior Minister Suleyman Soylu said.
The cause of the explosion was under investigation.

Soylu suggested, however, that the blast was caused by the repair work and was not the result of an attack.

"There was no external intervention," he said. The state-run Anadolu Agency said surrounding buildings and cars parked nearby were damaged in the blast.

Ambulances, police and rescue teams were rushed to the scene in the city's Baglar district, where thick smoke was seen rising into the air.

There was no immediate information on the condition of the trapped person. One of the four injured was in serious condition, the private DHA news agency said.

Turkey is on edge following a string of deadly bomb attacks carried out by Kurdish rebels or Islamic State militants in the past two years.