Viral: Couple arrested in Iran after marriage proposal in public

The marriage proposal in public was captured on a video clip that went viral on social media. 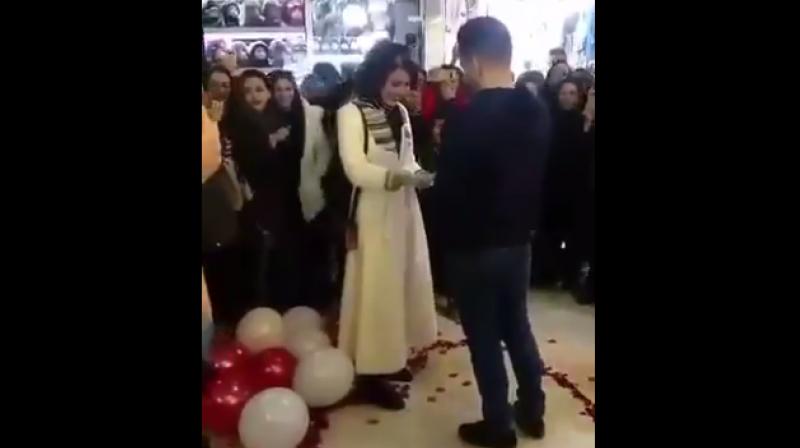 According to police the marriage proposal was 'unacceptable.' (Photo: Screengrab)

Tehran: A young Iranian couple have been arrested after a marriage proposal in public, captured on a video clip that went viral on social media.

The police say the pair offended Islamic mores on public decency but were later released on bail.

📹 Man publicly proposes to woman at shopping mall in Arak, central #Iran
Both arrested for "marriage proposal in contradiction to islamic rituals... based on decadent Western culture," then released on bail pic.twitter.com/eKdlNX9Bte

The video, which spread on social media last Friday, shows the young man standing in a heart-shaped ring of flower petals next to colorful balloons in a mall in the central city of Arak. After the young woman says "yes," he slips a ring on her finger to cheers from onlookers.

The two weren't identified. Mostafa Norouzi, deputy police chief in Arak, told the Shahrvand daily that it's unacceptable for the young "to do whatever is common in other places of the world and disregard mores, culture and religion."