Qatar was ready to 'cooperate and review all claims that do not contradict the sovereignty of the State of Qatar,' it added. 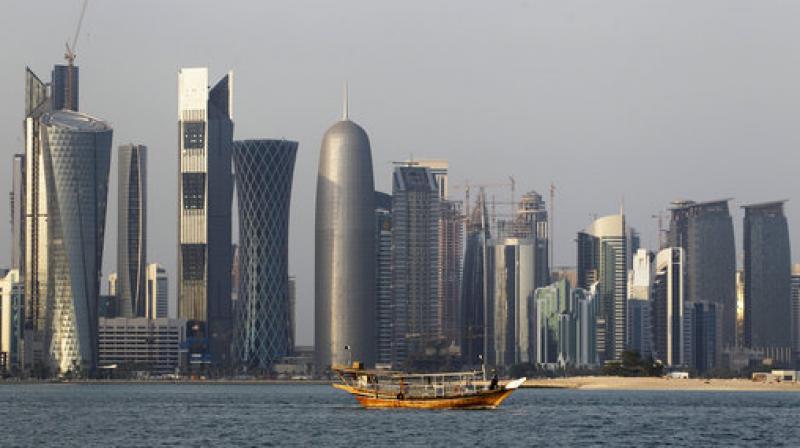 Arab states had said that Doha's refusal to accept their demands to end the diplomatic standoff was proof of its links to terrorist groups. (Photo: Representational/ AP)

Cairo:  Qatar on Friday dismissed as "baseless" accusations that it was financing terrorism, in its first public response to a statement from four Arab states leading a boycott against the tiny emirate.

The four - Saudi Arabia, the United Arab Emirates, Egypt, and Bahrain - said in a joint statement late on Thursday that Doha's refusal to accept their demands to end the diplomatic standoff was proof of its links to terrorist groups.

In their statement, carried by their state media, the four said their initial list of 13 demands was now void and they pledged further political, economic and legal steps against Qatar.

In its first reaction to the statement by the four, Qatar dismissed as "baseless" the renewed accusations that it was interfering in the affairs of other states and financing terrorism.

"The State of Qatar's position on terrorism is consistent and known for its rejection and condemnation of all forms of terrorism, whatever the causes and motives," the state news agency said, quoting a senior foreign ministry source.

Qatar was ready to "cooperate and review all claims that do not contradict the sovereignty of the State of Qatar," it added.

Johnson will also travel to Qatar and Kuwait for talks with senior figures from both countries, Britain's foreign office said in London. It did not give a specific date.

The four Arab states have cut diplomatic and transport ties with Qatar, which they also accuse of allying with their regional arch-foe Iran. Doha also denies that accusation.

Their original 13 demands presented to Qatar included shutting down the pan-Arab al-Jazeera TV channel and closing a Turkish military base in Doha.

Qatari officials have repeatedly said the 13 demands are so strict that they suspect the four countries never seriously intended to negotiate them, and were instead seeing to hobble Doha's sovereignty.

At the same time, they have said Qatar is interested in negotiating a fair and just solution to 'any legitimate issues' of concern to fellow GCC member states.

In their statement, the four Arab states said any additional measures would be aimed at the Qatari government but not its people, without elaborating on when the new steps would be announced or what they would entail.

Foreign ministers from the four states convened in Cairo on Wednesday after the expiry of a 10-day deadline for their demands to be met. They condemned the tiny Gulf nation's response as "negative" and lacking in content.

They have demanded that Qatar curtail its support for the Muslim Brotherhood, shut down the pan-Arab al Jazeera TV channel, close a Turkish military base in Doha and downgrade its ties with Iran.