The death toll is expected to increase as some of the 50 injured in strikes were in critical condition. 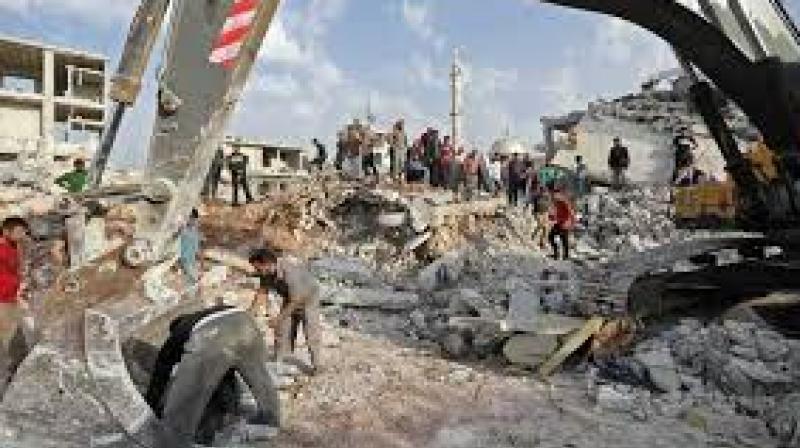 Rescue workers were still searching under the rubble for survivors. (Photo: AFP)

Idlib: Air strikes on a village in Syria's rebel-held Idlib province have killed at least 38 people overnight, the Syrian Observatory for Human Rights said on Friday.

"War planes, which are likely Russian, targeted the village of Zardana in northern rural Idlib overnight and caused the highest death toll in a single attack on the region since late March," Rami Abdulrahman, the director of the Britain-based war monitor said.

The death toll is expected to increase as some of the 50 injured in the strikes were in a critical condition, he said. Rescue workers were still searching under the rubble for survivors.

The northwestern Idlib region remains the largest populated area of Syria in the hands of insurgents fighting the Damascus government.

In recent years, tens of thousands of fighters and civilians have fled there from parts of the country which the army has recaptured with the help of Russia and Iran.