Death toll climbs to 113 after crackdown on protesters in Sudan

The country's health ministry, however, maintained that only 61 people had lost their lives in the crackdown. 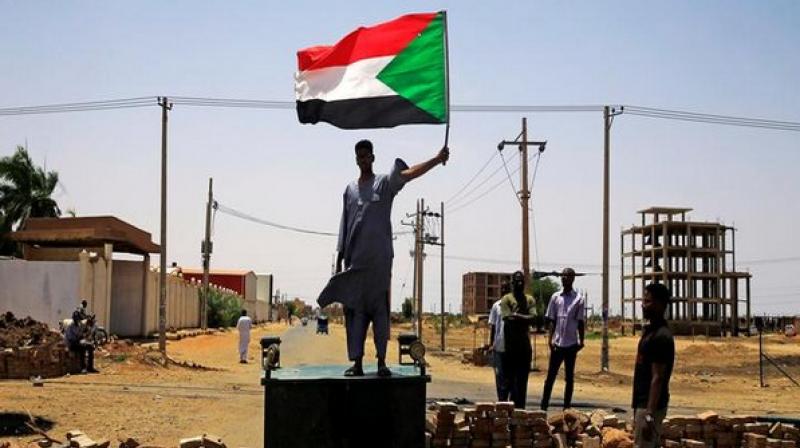 Violence erupted on Monday after the military stormed the main camp of the protesters here in a bid to break up the agitation. (Photo: ANI)

Khartoum: The death toll following the crackdown on pro-democracy protesters here has risen to 113, the Central Committee of Sudanese Doctors said on Friday.

"Due to internet cuts and pressure on doctors, we have just received information since Wednesday on those who lost lives. The death toll rose to 113, including four in Port Sudan and one in Khartoum, due to the bullets of the Cancavit militias and the Transitional Military Council (TMC),'' Anadolu Agency quoted the committee as saying.

The country's health ministry, however, maintained that only 61 people had lost their lives in the crackdown.

"Since the first day of the events, the number of bodies delivered to hospitals has reached 61," Sudan's Deputy Health Minister, Solaiman Abdul Jabbar said, according to the state news agency.

Violence erupted on Monday after the military stormed the main camp of the protesters here in a bid to break up the agitation. The demonstrators had demanded that the TMC, which toppled Sudanese leader Omar al-Bashir in a coup this April, hand over the government charge to civilians.

The deputy chairman of the ruling TMC, Lieutenant General Mohamed Hamdan Daglo, has denied the military's involvement in the violence altogether.

Quoting eyewitnesses, CNN had earlier reported that the police and paramilitary Rapid Support Forces fired shots at the protesters, while many law enforcement personnel beat the demonstrators who took to the streets.

While protesters have been asking the TMC to step down to make way for a government led by civilian leaders, the military reached a settlement with the opposition for a three-year transition to democracy.

During an address on state TV on Tuesday, Abdel Fattah al-Burhan, the leader of the council, however, said that elections will be held within nine months.