The appointment of Ohana, from Netanyahu's Likud party, comes as Jerusalem prepares for its annual Gay Pride celebrations on Thursday. 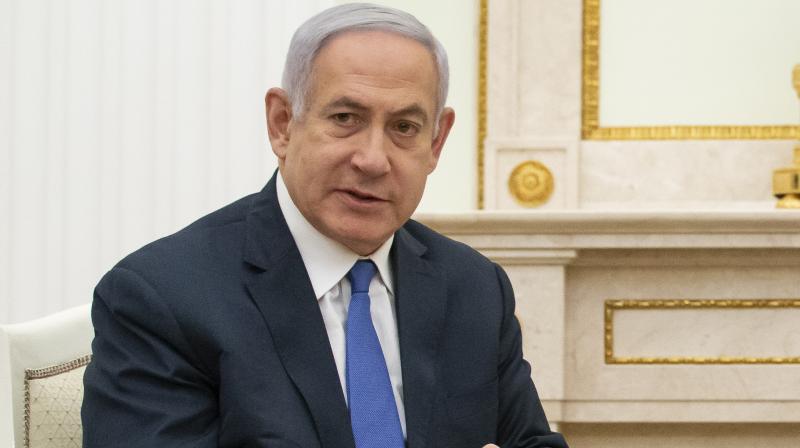 The appointment of Ohana, from Netanyahu's right-wing Likud party, comes as Jerusalem prepares for its annual Gay Pride celebrations on Thursday. "Amir Ohana is a jurist who knows the legal system well," the premier's office said in a statement.

He takes up the position from Netanyahu's right-wing rival Ayelet Shaked, fired by the premier on Sunday along with education minister Naftali Bennett after the prime minister failed to form a government following April elections.

Netanyahu opted for parliament to dissolve itself and approve new elections, preventing Israeli President Reuven Rivlin from selecting someone else to form a government. Shaked and Bennett had left the Likud years earlier, but their New Right party failed to win enough votes in April's poll to clear the threshold to join Israel's parliament.

Israeli ministers remain in their posts immediately after elections, until the formation of the next administration. But Netanyahu's office confirmed their sackings at the weekend. Justice ministry hopeful Betzalel Smotrich, of the religious far-right alliance United Right, said on Monday the country should be run according to biblical laws, sparking outrage among secular Israelis. Netanyahu responded by saying "the state of Israel will not be a halakha state", referring to Jewish law.

Thousands of people are expected to converge on Jerusalem on Thursday for its "march of pride and tolerance" to support the rights the LGBT (Lesbian, Gay, Bisexual and Transgender) community, amid tight security.

In 2015, a 16-year-old demonstrator at the march was stabbed to death by an ultra-orthodox Jew. Israel has presented itself as a pioneer in LGBT rights in the region, but homosexuality is deeply rejected by conservative religious parties whose support Netanyahu is likely to need in order to form his next government.

It has also been accused of "pinkwashing", or pushing its reputation for tolerance, in an effort to restore a liberal image tarnished by its occupation of Palestinian territories.

Netanyahu's failure to form a coalition was due to strongly secular right-wing former defence minister Avigdor Lieberman's refusal to back down on demands for legislation to force religious Jews to serve in the army along with other Israelis.