Saudi Arabia has said it will close that border which will force Qatar to rely on air and sea freight. 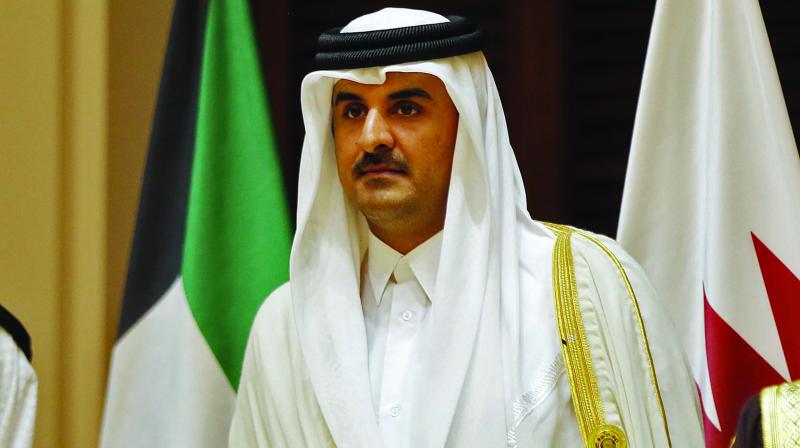 Saudi Arabia, the UAE, Bahrain and Egypt all said they would stop flights in and out of Qatar, and close their airspace to the country’s airline, Qatar Airways.

Abu Dhabi’s Etihad Airways and Dubai’s Emirates are suspending all flights to and from Doha, starting from Tuesday morning.

Budget carriers FlyDubai and Air Arabia are also cancelling routes to Doha, with other airlines, including Bahrain’s Gulf Air and Egyptair expected to do the same.

Qatar Airways risks being the biggest loser as its flights to places like Dubai, Abu Dhabi, Riyadh and Cairo will stop.

Qatar Airways has already said it is cancelling its services to Saudi. It said, “All customers booked on affected flights to and from the Kingdom of Saudi Arabia will be provided with alternative options, including the option of a full refund on any unused tickets and free rebooking to the nearest alternative Qatar Airways network destination.”

Being banned from huge parts of airspace will also force the airlines to alter flight paths and raise fuel bills.

Ghanem Nuseibeh, director at advisory firm Cornerstone Global, said “If a journey to Europe that used to take six hours now takes eight or nine because it has had to change routes, then that makes it far less appealing and passengers might look elsewhere.”

Food security is a major issue for Qatar given the only way into the country by land is a single border with Saudi Arabia and desert states struggle to grow food. At least 40% of Qatar’s food comes in lorries, crossing the border.

Saudi Arabia has said it will close that border which will force Qatar to rely on air and sea freight.

“It will immediately cause inflation and that will directly affect normal Qataris,” said Mr Nuseibeh. He added this might lead to Qataris getting disgruntled with the current leadership and asking for change.

A new port, a medical zone, a metro project and eight stadiums were being planned for the 2022 World Cup. Key construction material, including concrete and steel, reach the country by ship or by land from neighbouring Saudi.

The closure of the border could push up prices and lead to delays.

The move to end ties bans citizens from Saudi, Egypt, Bahrain, the UAE, Libya and Yemen from travelling to Qatar, living there or passing through it, according to the Saudi government. People affected have 14 days to leave. Qataris will have the same amount of time to get out of Saudi Arabia, the UAE and Bahrain.

If Egypt issues a similar ban, the effect would be more profound. At least 1,80,000 Egyptians live in Qatar, with many involved in engineering, medicine, law and construction. A loss of that workforce would pose a problem for both local and international firms in Qatar.