Egyptians in Qatar fear being swept up in Gulf crisis

The Gulf countries have ordered Qatari diplomats and nationals out raising fears Qatar could reciprocate by expelling migrant workers. 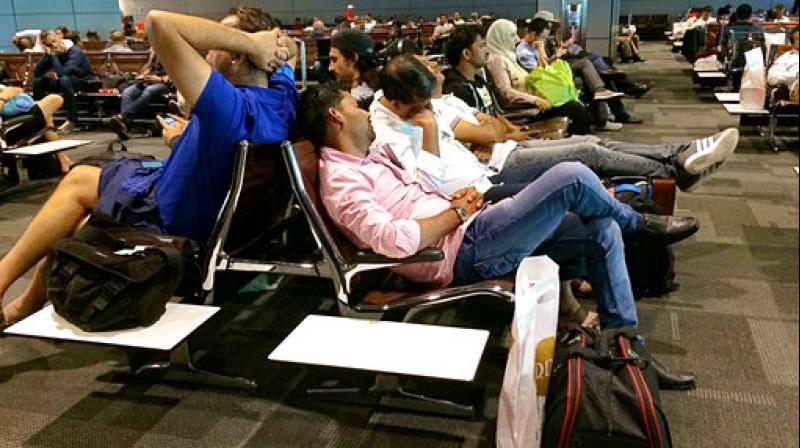 Cairo: Egyptian officials say the diplomatic crisis between Qatar and its Gulf neighbors has yet to affect the 300,000 Egyptian workers in the tiny, energy-rich country, amid fears they could be expelled or stranded.

Egypt, Saudi Arabia, Bahrain and the United Arab Emirates severed diplomatic ties with Qatar on Monday and have moved to cut off all air, land and sea routes to the country, which they accuse of supporting terrorism, charges Qatar denies.

The Gulf countries have ordered Qatari diplomats and nationals out, raising fears Qatar could reciprocate by expelling migrant workers and expatriates.

Hundreds of thousands of Egyptians live and work in the oil-rich Gulf, sending money back to their families that is more crucial now than ever, as Egypt is mired in an economic crisis following years of unrest.

Mohammed el-Iraqi, the spokesman for the Egyptian community in Qatar, has told Egyptian media that Egyptians in Qatar panicked when the crisis erupted but that so far it has had no impact on their businesses. But all direct flights between the two countries have been suspended.

Egyptian Charged Affairs Ihab Abdel-Hamid told The Associated Press he is returning to Egypt on Wednesday after being recalled. The Greek Foreign Ministry has agreed to handle Egyptian affairs in Qatar.

"I myself have to find a third country, a transit point tomorrow," he said. Many people are flying back through Kuwait, which has stepped in to mediate the dispute. EgyptAir, the national carrier, has suspended all flights from and to Qatar.

Egypt and Qatar have had rocky relations since the military overthrew Islamist President Mohammed Morsi in 2013. Qatar had strongly supported Morsi's Muslim Brotherhood group and his elected but divisive government, while Saudi Arabia welcomed the military overthrow and lavished aid on Egypt in the months afterward.

Still, a 40-year-old Egyptian manager of an audit firm told The Associated Press by phone from Doha that "the situation of Egyptians in Qatar has never been affected by political relations before." "Egyptians are now forced to think of alternative plans to be able to visit their country," he said.

Others fear going back home, worried that they will come under heightened scrutiny by security services who suspect they are linked to the Brotherhood, which Egypt now outlaws as a terror organization.

"Egyptians working in Qatar, especially in the media sector, are subject to harassment by the authorities," said a middle-aged Egyptian journalist.

The two Egyptians spoke on condition of anonymity for fear of reprisals.