Pushkarna also emphasised on the fact that they will be preparing the food which is simple, basic and close to Indian heart. 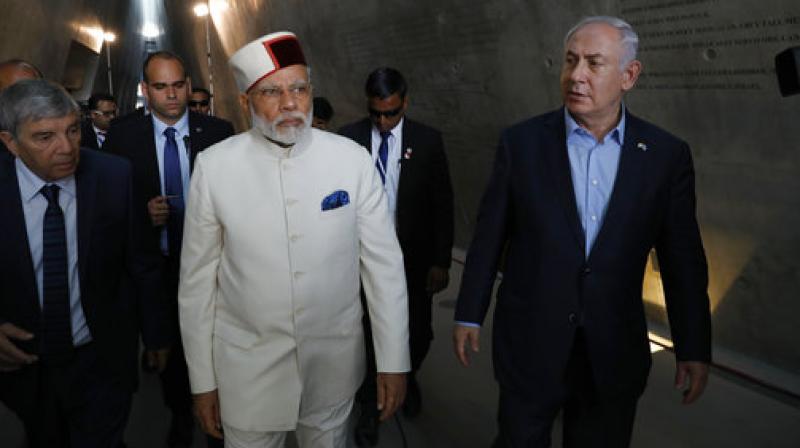 Keeping in mind the stature of a Prime Minister and him being an Indian one, the Israeli authorities have arranged for special cooks who are going to prepare traditional Indian food (maa ka khaana) for Prime Minister Narendra Modi.

Executive chef David Biton, heading the team of cooks, said they know the Prime Minister eats simple and basic food and therefore, they will ensure that they cook traditional Indian cuisine for him.

"I know he eats simple and India basic food. He doesn't eat eggs and that he is a vegetarian. We have ordered very special things for him. We have ordered a lot of spices to cook the traditional Indian cuisine. Very good rice, dal (pulses) and similar things have been ordered," Biton said.

"India cuisine is very exciting, is very amazing. We are very excited to cook for somebody like Prime Minister Modi," he added.

In-charge of the vegetarian food for Prime Minister Modi Reena Pushkarna also expressed her excitement for getting the opportunity to cook for him and meet him.

Pushkarna also emphasised on the fact that they will be preparing the food which is simple, basic and close to Indian heart.

Prime Minister Narendra Modi reached Israel on Tuesday, where he was received by his counterpart Benjamin Netanyahu and others at Ben Gurion Airport.

This is the first ever visit by an Indian Prime Minister to Israel.