Modi's three-day visit to Israel, the first by an Indian prime minister to the Jewish state, started on Tuesday. 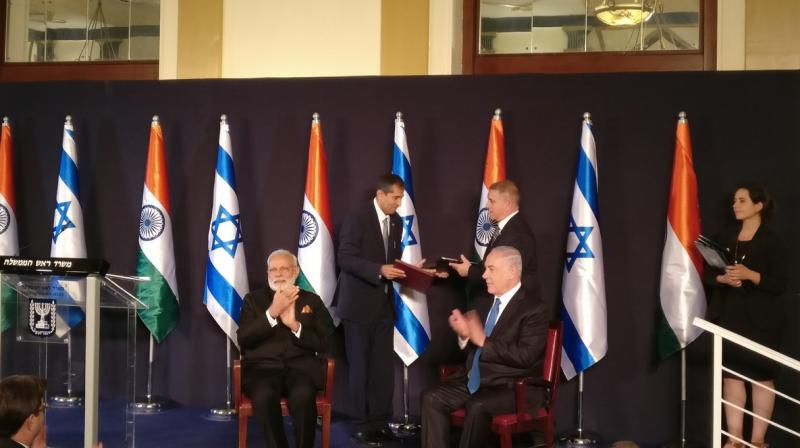 Jerusalem: Prime Minister Narendra Modi, while addressing a joint press conference with his Israeli counterpart in Jerusalem, said both the countries have suffered first hand violence and hatred spread by terror and have agreed to fight against it.

“Our talks focused on not just areas of bilateral opportunities but also how our cooperation can help cause of global peace and stability,” Modi, who is on a three-day visit to Israel, said.

“India and Israel live in complex geographies. India has suffered first hand violence and hatred spread by terror, so has Israel. PM Netanyahu and I, agreed to work together against terror,” he added.

Modi said that the two prime ministers discussed the situation in West Asia and the wider region. He also invited Netanyahu and his family to India and the latter accepted the invitation.

Netanyahu, while addressing the media, also raised the issue of terrorism and said Israel will cooperate with India to fight against it.

Calling the relationship between India and Israel, Netanyahu said that both the countries are making history.

“This is a marriage made in heaven but we are implementing it here on earth to bring us concrete plans in diverse areas by 1st of January, to revolutionise lives of hundreds of people,” he said.

“Ours is a partnership to seek good, defend good and achieve good. This is indeed a good day,” he added.