Modi was instrumental in getting the UN to declare June 21 as the International Yoga Day. 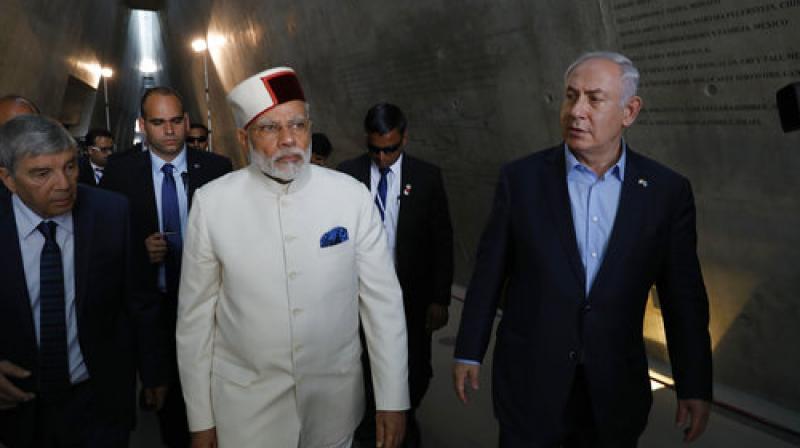 "I have to confess that I have been inspired by Modi's enthusiasm for Yoga," Netanyahu said in a press statement along with Prime Minister Modi.

Underlining that he wants to start practising Yoga, he said, "Modi advised me to start at lower level. I am starting at a lower level. When I do a relaxing Tadaasana in the morning and I turn my head to right, India is the first democracy I see and when Modi does a relaxing Vasisthasana and he turns left, Israel is the first democracy he can see. So in fact we have India and Israel two sister democracies," Netanyahu said.

Modi was instrumental in getting the UN to declare June 21 as the International Yoga Day.

The United Nations General Assembly declared June 21 as the International Day of Yoga in December 2014. Over 190 countries, including 40 Islamic nations, supported the move to have a special day for yoga.