World   Middle East  05 Jul 2017  'I for I' stands for 'India for Israel', Modi thanks Israel Prez for hospitality
World, Middle East

'I for I' stands for 'India for Israel', Modi thanks Israel Prez for hospitality

Modi, who arrived in Tel Aviv on Tuesday for a three-day visit, met Rivlin at his residence here. 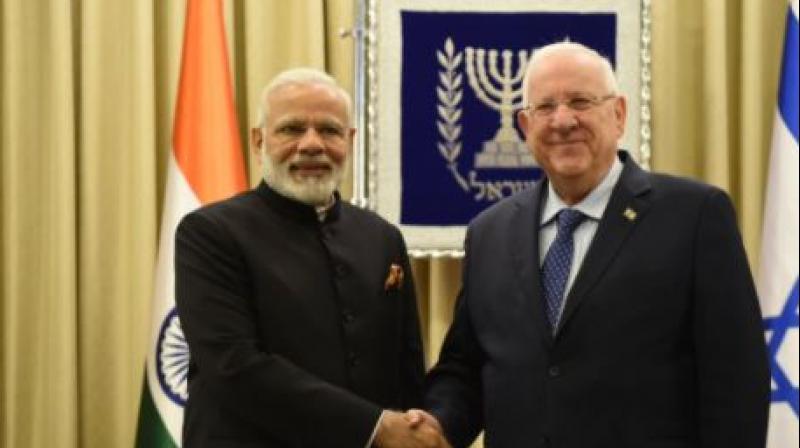 "The President of Israel welcomed me so warmly, he broke protocol. This is a mark of respect for the people of India," Modi tweeted.

Modi, who arrived in Tel Aviv on Tuesday for a three-day visit, met Rivlin at his residence here and thanked him for the "warm hospitality and friendship".

"It is a privilege to meet President Rivlin again today. I fondly recall his visit to India last November when he charmed us with his affable manner and desire to do more with India," Modi wrote in the guest book at the President's residence.

"President Rivlin is admired in India for his unstinting belief and common good of mankind, I thank him for his friendship and his warm hospitality," wrote Modi, who is the first India Prime Minister to visit Israel.