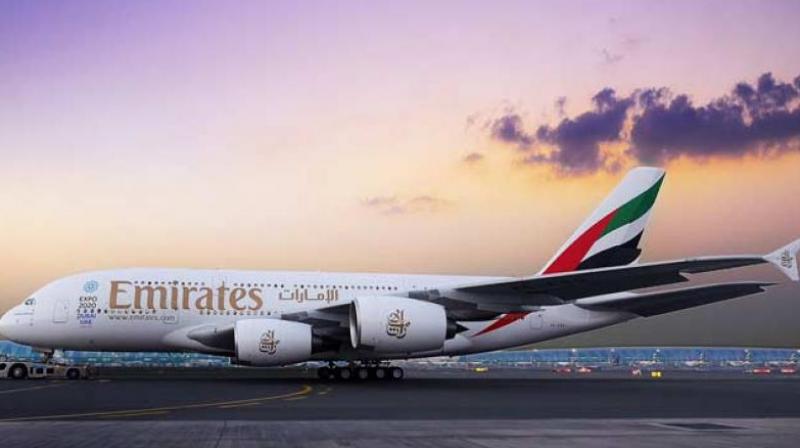 Dubai: In the wake of the ongoing diplomatic rift in the Gulf, Dubai-based Airline Emirates is suspending flights to and from Doha beginning Tuesday morning.

It further said that the travellers bound for Doha, boarding their flight from airports around the Emirates network on June 5, will be advised to make alternative arrangements.

"All customers booked on Emirates' flights to and from Doha will be provided with alternative options, including full refunds on unused tickets and free rebooking to the nearest alternate Emirates destinations. We apologise for the inconvenience caused to our customers," the statement further read.

This comes after Saudi Arabia, the United Arab Emirates, Egypt and Bahrain ended diplomatic relations and all land sea and air contacts with fellow Gulf Arab state Qatar over allegations that the latter is encouraging terrorism and extremism.

Riyadh accused Qatar of backing terrorism and extremism, while Bahrain charged Qatar with interfering in its internal affairs, according to a report published by The Guardian.

Saudi Arabia had decided to sever diplomatic and consular relations with Qatar “proceeding from the exercise of its sovereign right guaranteed by international law and the protection of national security from the dangers of terrorism and extremism," the report said.

Saudi Arabia said the move was necessary to protect the kingdom from what it described as terrorism and extremism.

Bahrain's foreign affairs ministry issued a statement that it would withdraw its diplomatic mission from Doha within 48 hours and that all Qatari diplomats should leave Bahrain within the same period.

The ministry's statement said Qatari citizens needed to leave Bahrain within two weeks and that air and sea traffic between the two countries would be halted. It wasn't immediately clear how that would affect Qatar Airways, one of the region's major long-haul carriers.