The United States has blamed the chemical attack on Syrian government forces. 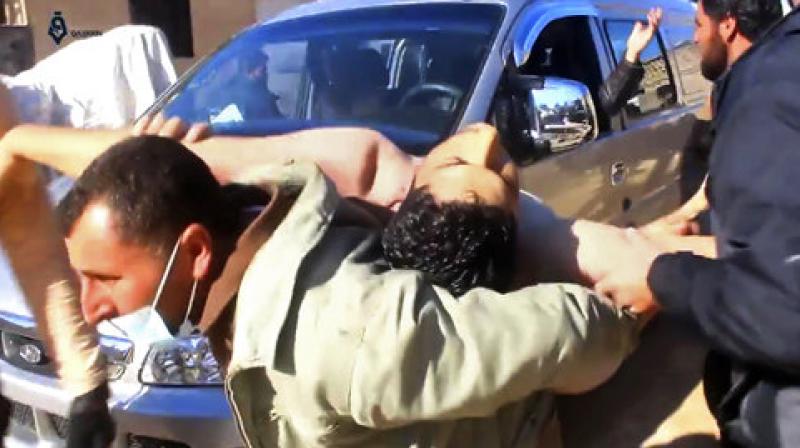 The Syrian Observatory said the chemical attack was carried out by warplanes believed to belong to the Syrian military. (Photo: AP)

Beirut: Warplanes mounted five air strikes on Wednesday in a rebel-held area of north-western Syria where dozens of people were killed the day before in a suspected chemical attack, the Syrian Observatory for Human Rights reported.

The Syrian army could not immediately be reached for comment on the reported air strikes in town of Khan Sheikhoun in Idlib province on Wednesday. An Observatory report did not identify the warplanes.

The United States has blamed the chemical attack on Syrian government forces. The army has denied any role.

Russia’s defence ministry said on Wednesday that poisonous gas contamination in the area was the result of gas leaking from a rebel chemical weapons depot after it was hit by Syrian government air strikes.

The Observatory said the chemical attack was carried out by warplanes believed to belong to the Syrian military.