"The auction house still has not furnished the papers with Egyptian authorities", the statement added. 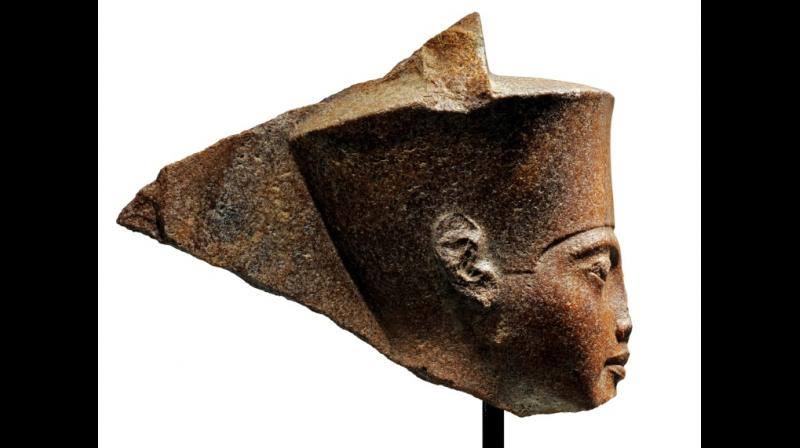 Cairo: Egypt on Wednesday condemned a planned London auction by Christie's of a head from a statue of Pharoah Tutankhamun, which is set to proceed despite Cairo's concerns over paperwork.

Egypt's ambassador to the UK, regrets that the auction house intends to conduct a new sale involving Egyptian artifacts on Thursday, including the head of Tutankhamun, without the backing of papers, in a joint statement by its foreign and antiquities ministries late Wednesday.

"The auction house still has not furnished the papers with Egyptian authorities", the statement added.

The sales are "in contradiction with international agreements and conventions", the statement said.

The pharoah's finely-chiselled head -- its serene eyes and puffed lips emoting a sense of eternal peace -- comes from the private Resandro Collection of ancient art that Christie's last sold in 2016 for USD 3 million.

"We would not offer for sale any object where there was concern over ownership or export," Christie's said in a recent statement released to AFP, noting that the Egyptian embassy had been notified in advance of the planned sale.

The French-owned British auction house explained that the current lot was acquired by Resandro from a Munich-based dealer in 1985.

It traces its prior origins to the 1973-74 acquisition by another dealer in Austria from the Princely House of Thurn and Taxis in modern-day Germany.

But little is known to the public about how the statue found its way to Europe.