The court said that the Israeli soldier had no reason to open fire on the Palestinian as he posed no threat. 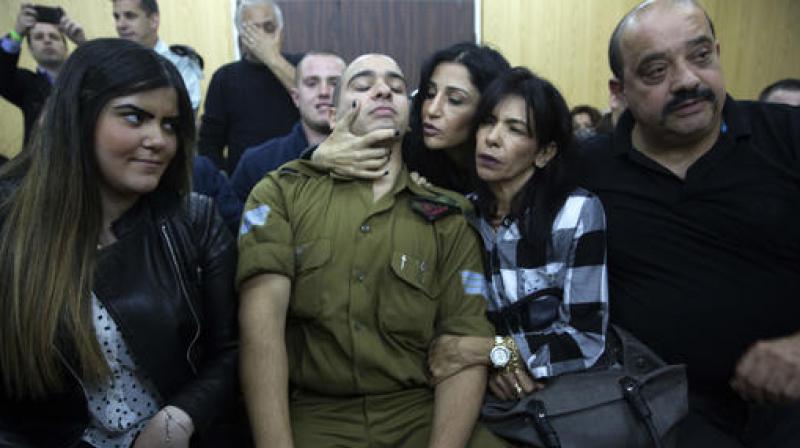 Israeli solider Sgt. Elor Azaria waits with his parents for the verdict inside the military court in Tel Aviv, Israel on Wednesday. (Photo: AP)

Tel Aviv: An Israeli soldier who has been in the news for shooting a wounded Palestinian assailant when he posed no apparent threat was convicted of manslaughter on Wednesday.

The soldier, Elor Azaria, had been on trial for manslaughter in a military court since May. Right-wing politicians had defended the soldier despite top army brass harshly condemning the killing.

The quantum of the sentence is expected to be revealed at a later date. The soldier can get up to 20 years in prison.

On behalf of the three-judge panel, Heller said there was no reason for Azaria to open fire, since the Palestinian was not posing any threat. The Palestinian soldier was wounded and on the ground. She called Azaria's testimony "evolving and evasive."

Azaria's demeanour drastically changed as the judge read the verdict.

Dressed in a green army uniform, he had entered the courtroom smiling, with family members and supporters applauding him while one man embraced him.

But he and his family later looked shaken as the judge spoke, with his mother and father huddling together.

On Wednesday morning, dozens of protesters scuffled with police as they gathered outside Israel's military headquarters in Tel Aviv, where the verdict was announced.

They held a sign that read: "People of Israel do not abandon a soldier in the battlefield".