Iran President Rouhani rules out any bilateral talks with US

Tehran and Washington have been at loggerheads since last year when US President Donald Trump unilaterally withdrew from the nuclear accord. 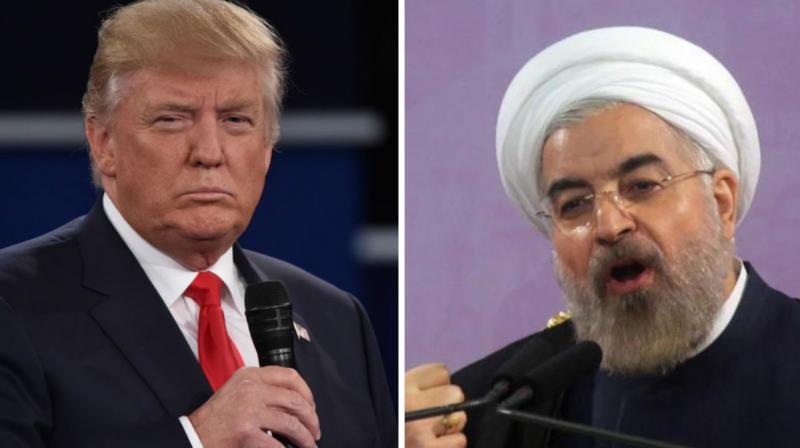 Tehran: Iran's President Hassan Rouhani, on Tuesday, ruled out holding any bilateral talks with the United States, saying the Islamic republic is opposed to such negotiations in principle.

In an address to parliament, Rouhani also said Iran was ready to further reduce its commitments to a landmark 2015 nuclear deal "in the coming days" if current negotiations yield no results by Thursday.

Tehran and Washington have been at loggerheads since May last year when US President Donald Trump unilaterally withdrew from the nuclear accord and began reimposing crippling sanctions.

The arch-foes were on the cusp of confrontation in June when Iran downed a US drone and Trump ordered retaliatory strikes before cancelling them at the last minute.

France has been leading efforts to calm the situation, with President Emmanuel Macron expressing hope during G7 talks in late August of organising a meeting between Rouhani and Trump.

"Maybe there has been a misunderstanding. We've said it several times and we repeat it -- there has been no decision to hold bilateral talks with the US," said Rouhani.

"In principle, we don't want bilateral talks with the United States," he was quoted as saying on the official government website.

"If the United States lifts all sanctions, it would be possible to talk (with them) during 5+1 meetings as in the past," he said, referring to the six major powers involved in negotiating the 2015 deal.

Iran has hit back with countermeasures in response to the US withdrawal from the deal, which gave it relief from sanctions in return for curbs on its nuclear programme.

It has already increased its uranium enrichment and stockpiles, and Rouhani said Tuesday a "third step will be enacted in the coming days" unless the remaining parties to the deal honour their own commitments.

"If by Thursday these negotiations yield no results, we will announce the third step of the reduction of our commitments," the Iranian president said.

The 2015 deal was agreed between Iran and the so-called 5+1 -- UN Security Council permanent members Britain, China, France, Russia and the United States plus Germany.