Turkey accuses Germany of providing succour to its enemies

The comments by Justice Minister Bekir Bozdag reflected a broader souring of relations between the two NATO allies. 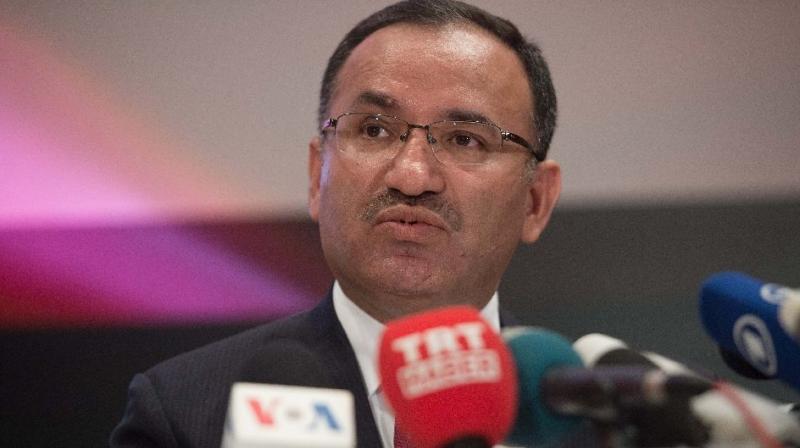 Ankara: Turkey accused Germany on Friday of scandalous behaviour in cancelling rallies of Turkish citizens in two German towns due to be addressed by Turkish ministers and said Berlin provided a "shelter" for people committing crimes against his country.

The comments by Justice Minister Bekir Bozdag, who had been scheduled to address a meeting in the southwestern town of Gaggenau until it was cancelled on Thursday, reflected a broader souring of relations between the two NATO allies.

"Let them look back at their history," Bozdag said in a speech suggesting a deeper rooted chauvinism in Berlin. "We see the old illnesses flaring up."

Berlin said it had no part in steps taken by city councils who, according to one mayor, acted purely on security grounds. The foreign ministry was doing all it could to help dialogue.

Gaggenau would have been part of efforts to garner support among 1.5 million Turkish citizens for an April referendum expanding President Tayyip Erdogan's powers - something he has sought with increased urgency since an army bid to topple him.

The city of Cologne also blocked an event where Economy Minister Nihat Zeybecki was to speak on Sunday. Zeybecki said on Twitter on Friday he still planned to go to Germany.

"We say the victory is God's...I will go from cafe to cafe, house to house," he said. "Nobody should worry, we will still meet with our citizens in Germany."

Authorities in Gaggenau evacuated the city hall on Friday after receiving a bomb threat, its mayor told n-tv German television. Asked if it was linked to the cancellation, mayor Michael Pfeiffer said: "We presume this at the moment, but we don't know for sure."

Turkey itself, a country of great strategic importance to NATO bordering as it does Syria, Iraq and Iran, has been hit by a string of militant attacks over the last year by Islamist militants and Kurdish rebels.

Relations were most recently tested from the German perspective by the arrest, on accusations of propaganda in support of a terrorist organisation, of Deniz Yucel, a correspondent for the prominent Die Welt newspaper, on Monday.

Justice Minister Bozdag made no reference to the letter in his speech but declared:

Erdogan accuses an exiled cleric of masterminding the coup, describing his organisation as the FETO terrorist group. Turkey also complains that Germany and other West European countries give succour to militant leftists and PKK Kurdish militants.