Al Sharhan, head of the ambulance and rescue section, said they want to honour the bravery of the 'abaya woman'. 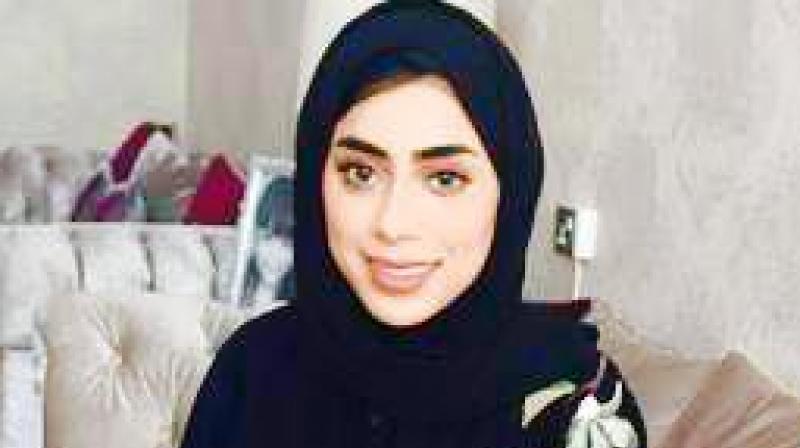 Jawaher Saif Al Kumaiti, 22, was driving home after visiting a friend in a hospital (Photo: Facebook)

Dubai: A quick-thinking Muslim woman saved the life of an Indian truck driver in the UAE when she saw him in flames following a horrific road accident, media reports said.

Jawaher Saif Al Kumaiti, 22, was driving home after visiting a friend in a hospital when she saw two trucks burst into flames in Ras al-Khaimah, a city in the UAE - and heard the victim shouting for someone to save him, Gulf News reported.

She bravely saved the Indian driver from a fire by putting out the flames with an abaya cloak - a robe-like dress worn by some Muslim women.

Al Kumaiti said that she was at first taken aback when she saw the two trucks on fire following the accident. She also saw a man on fire screaming in pain and fear shouting for help, the report said.

The truck driver, an Indian-origin, is called as Harkirit Singh, police said.

Al Kumaiti persuaded her friend who was a passenger to take off her abaya cloak then leaped out of the car and used it to put out the flames, it said.

"He was lying down. He was on fire... I took out my friend’s abaya, asked her to stay inside and left the car. I went to cover the guy because there were no clothes on him. He looked at me and said, I’m dying. I’m afraid to die," she said, adding that she tried to talk to him and calm him down telling him that he would survive as the rescue teams will arrive soon."

"I just thought about saving the man’s life," said Al Kumaiti, who works at Adnoc Oasis in Sharjah.

"The police patrols, ambulance and paramedics shortly arrived. They swung into action, provided first aid to the driver, and rushed him to the hospital," it said.

"All thanks and praise to Almighty Allah who gave me the power and courage to act and intervene into the situation at the right time and rescue the man’s life."

Both the drivers suffered "40 to 50 per cent burns." Both were first taken to a hospital and then to the Saqr Hospital, said Major Tariq Mohamed Al Sharhan, head of the ambulance and rescue section at the Ras Al Khaimah police.

Al Sharhan said they want to honour the bravery of the "abaya woman", the report said.

The Indian Embassy in Abu Dhabi will also honour Al Kumaiti, Navdeep Singh Suri, the Indian Ambassador to the UAE, was quoted as saying by the report.

Shockingly, she said there were other people at the scene in before she was but they did not help and simply stared at the man as flames burnt his body.