The ‘chapters’ are the policy areas that are being addressed in the long-running membership talks. 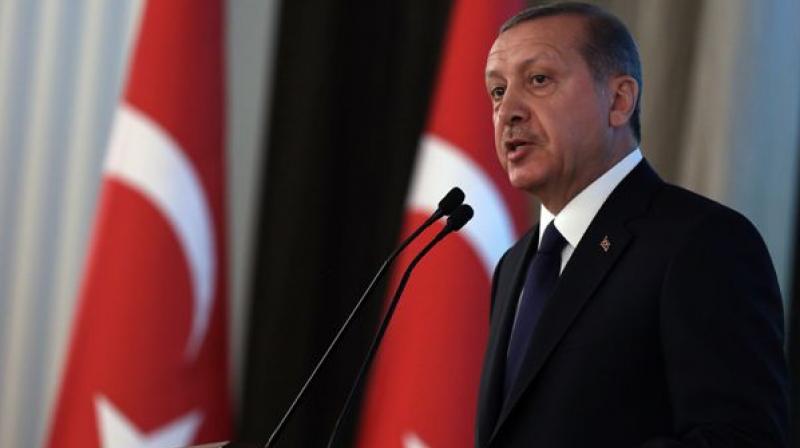 The latest chapter was opened in June 2016 on financial and budgetary provisions while one chapter (science and research) has been provisionally closed. (Photo: AP/File)

Ankara: Turkish President Recep Tayyip Erdogan on Tuesday warned the European Union that Ankara will walk away from its long-running membership process if new accession chapters are not opened.

"There is no option other than opening chapters that you have not opened until now. If you open, then great. If you don't open, then goodbye," Erdogan said after rejoining Turkey's ruling party in Ankara.

"Turkey is not their (the EU's) doorman," he added. The "chapters" are the policy areas that are being addressed in the long-running membership talks.

"First you have to handle these chapters and fulfil your promises. Then we will sit at the table and talk. Otherwise, we have nothing left to discuss with you," Erdogan said.

Sixteen chapters have been opened out of a total of 35 since accession talks began in October 2005, although Turkey's bid to be a part of the bloc dates back to the 1960s.

The latest chapter was opened in June 2016 on financial and budgetary provisions while one chapter (science and research) has been provisionally closed.

Relations between Turkey and the EU strained further earlier this year after Turkish ministers were blocked from rallying for 'Yes' vote in the April 16 referendum on expanding Erdogan's powers.

The Turkish head of state has often railed against European leaders and threatened to hold a Brexit-like referendum on Turkey's membership talks.

EU President Donald Tusk and European Commission President Jean-Claude Juncker want to meet with Erdogan when he travels to Brussels for a NATO summit on May 25.