The explosion reportedly took place in the vicinity of the 2nd district of the city, reported Khaama Press. 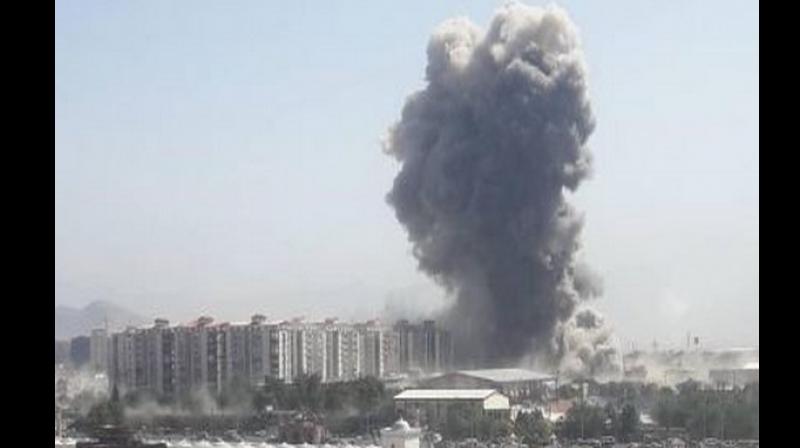 An explosion was reported near the US Embassy sending smoke billowing over the capital city of Afghanistan on Monday morning. (Photo: ANI)

A powerful explosion has rocked the Afghan capital, rattling windows and sending smoke billowing from Kabul's downtown area near the US Embassy.

The explosion early Monday occurred as the streets in the capital were packed with morning commuters. Officials and police were at the scene of the blast and few details were available, including casualties.

Kabul's chief police spokesman, Firdous Faramaz, could only confirm the explosion, but was unclear on the target or the type of explosive device. Both the Taliban and the Islamic State operate in Kabul.

The attack comes as the Taliban and the United States hold talks in the Middle Eastern state of Qatar, where the militant group maintains a political office.