The leadership of the outlawed Kurdistan Workers Party is based in the Qandil mountain of northern Iraq while the alleged coup mastermind. 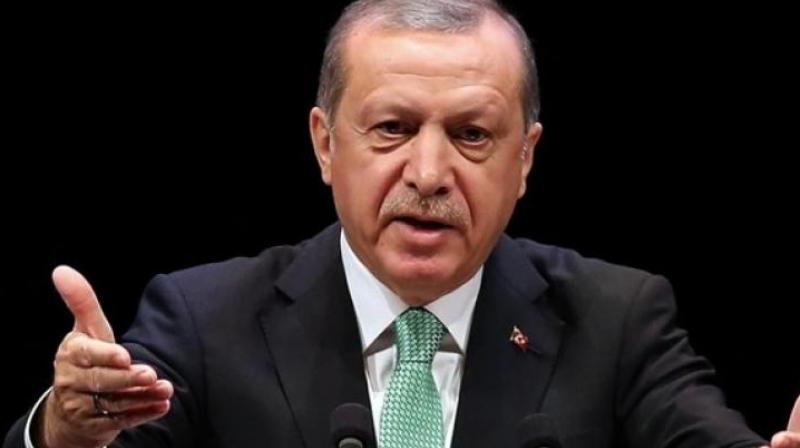 Ankara: President Recep Tayyip Erdogan on Saturday accused Turkey's main opposition party of siding with terrorism, as a three-week "march for justice" led by its chief neared its ending point of Istanbul.

Some analysts have seen the 450-kilometre trek from Ankara to Istanbul led by Republican People's Party (CHP) leader Kemal Kilicdaroglu as a significant challenge to Erdogan but the Turkish strongman has regarded it with disdain.

Kilicdaroglu began the march on June 15 after former journalist turned CHP lawmaker Enis Berberoglu was sentenced to 25 years in jail for leaking classified information to a newspaper.

Marching without party insignia and simply a sign with the word "justice" in Turkish, he has been followed by thousands every day and plans to end the march on July 9 with a mass rally outside Berberoglu's prison in the Istanbul district of Maltepe.

"If you start protests to protect terrorists and those who support terrorism when it did not occur to you to take part in anti-terror demonstrations then you cannot convince anyone that your objective is justice," Erdogan said.

The president told a meeting of his ruling party that the line represented by the CHP "had gone beyond being a political opposition and taken on a different proportion."

Accusing the CHP of sympathising with Kurdish militants and the alleged mastermind of the July 15 failed coup, he said the road taken by Kilicdaroglu was "the way to Qandil and Pennsylvania".

The leadership of the outlawed Kurdistan Workers Party (PKK) is based in the Qandil mountain of northern Iraq while the alleged coup mastermind, the preacher Fethullah Gulen, is based in Pennsylvania. He denies the allegations.

The march by Kilicdaroglu has rallied supporters concerned by the extent of the crackdown after the coup which has seen tens of thousands arrested and even more lose their jobs.

The opposition leader was today walking through the Akyazi district of Sakarya province on day 17 of the march, heading towards the town of Sakarya from where he will have a walk of around 150 kilometres to Istanbul.