Spain, whose outbreak is the world's second deadliest after Italy, broke another national record of 849 deaths in one day Tuesday 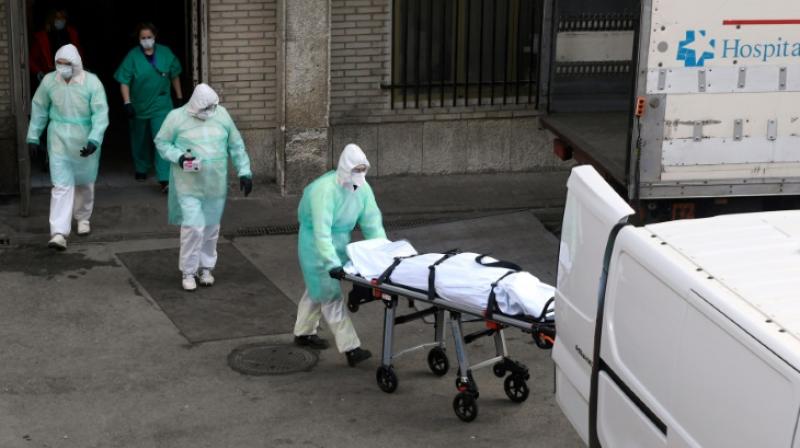 MADRID: Tightened lockdowns across the planet saw nearly half of humanity told to stay at home in a bid to stem the spiralling coronavirus pandemic, as Spain recorded its deadliest day Tuesday and the United States braced for the full impact of the disease.

The virus has claimed nearly 38,000 lives worldwide in a health crisis that is rapidly reorganising political power, hammering the global economy and the daily existence of some 3.6 billion people.

Spain, whose outbreak is the world's second deadliest after Italy, broke another national record of 849 deaths in one day Tuesday, dampening hopes it could have passed the peak of the crisis that has debilitated the country for weeks.

In battered Italy, flags flew at half-mast during a minute of silence to honour the more than 11,500 people who have perished from the virus, and the health workers still working through nightmarish conditions.

Although there are signs the spread of infections is slowing in Italy, hundreds are still dying every day, leading authorities to extend a stringent nationwide shutdown despite its crushing economic impact.

In Belgium a 12-year-old girl infected with COVID-19 was pronounced dead, a rare case of a young person succumbing to the disease, and yet another grim reminder of its reach.