Tributes poured in from around the world upon Hawking’s death, from Queen Elizabeth II to NASA.

Stephen Hawking, who died on March 14 at the age of 76, was famously an atheist but his children Lucy, Robert and Tim chose St Mary the Great, the church of Cambridge’s prestigious university, to say their farewell. (Photo: File)

Cambridge: Friends, family and colleagues of Stephen Hawking gathered Saturday to pay their respects at his private funeral in Cambridge, where the British science great spent most of his extraordinary life.

Hawking, who died on March 14 at the age of 76, was famously an atheist but his children Lucy, Robert and Tim chose St Mary the Great, the church of Cambridge’s prestigious university, to say their farewell.

“Our father’s life and work meant many things to many people, both religious and non-religious. So, the service will be both inclusive and traditional, reflecting the breadth and diversity of his life,” they said.

Tributes poured in from around the world upon Hawking’s death, from Queen Elizabeth II to NASA, reflecting his huge impact as a physicist and an inspiration, in his refusal to give up in the face of his crippling motor neurone disease.

The funeral service -- being held a short distance from Gonville and Caius College where Hawking worked for more than 50 years -- was only open to around 500 guests who knew him.

A private reception was to follow at Trinity College.

A wider audience will attend a thanksgiving service at Westminster Abbey in London on June 15, when Hawking’s remains will be buried near the grave of another legendary scientist, Isaac Newton.

Actor Eddie Redmayne, who played Hawking in the 2014 biographical drama “The Theory of Everything”, was to give a reading from the Bible, followed by a reading by Martin Rees, Britain’s astronomer royal.

Eulogies were to be delivered by Robert Hawking, the physicist’s eldest child, and Professor Fay Dowker, one of Hawking’s former students.

An arrangement of white lilies, to represent the universe, and another of white roses as the polar star were to be placed on Hawking’s solid oak coffin.

The church bell was to toll 76 times, once for each year of Hawking’s life, when his coffin arrives. 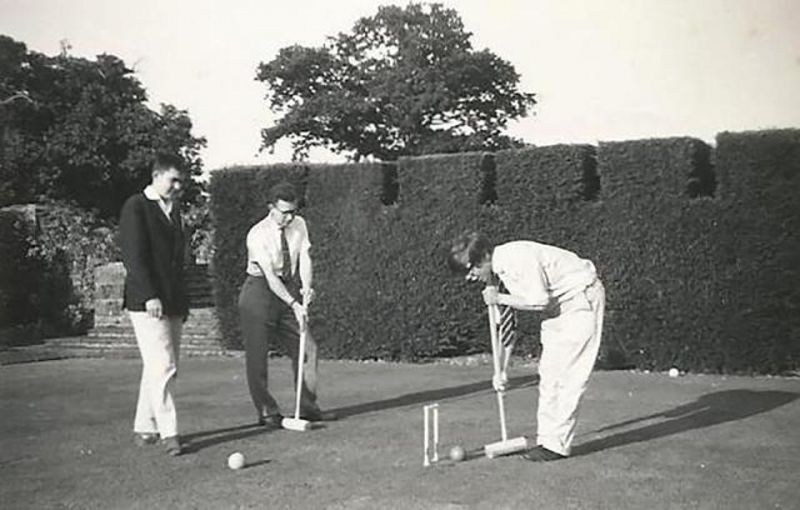 Ahead of the funeral, Gonville and Caius College released new black and white photographs of Hawking taken in 1961 at a summer school for young astrophysicists at a castle in Sussex, southern England, when he was 19.

They showed him playing croquet and in a sailing dinghy, two years before he began experiencing the first symptoms of the motor neurone disease that would later leave him almost completely paralysed.

Fellow students contacted by the college recalled his left-wing views and his mischievous sense of humour.

Hawking defied predictions that he would only live for a few years, although his rare condition -- amyotrophic lateral sclerosis (ALS) -- gradually robbed him of mobility.

He was confined to a wheelchair, almost completely paralysed and unable to speak except through his trademark voice synthesiser.

But the illness did nothing to dull his mind, and Hawking became one of the world’s best-known and most inspiring scientists, known for his brilliance and his wit.

His work focused on bringing together relativity -- the nature of space and time -- and quantum theory -- how the smallest particles behave -- to explain the creation of the Universe and how it is governed.

But he was also a global star -- his 1988 book “A Brief History of Time” was an unlikely worldwide bestseller, and he appeared as himself in television shows from “The Simpsons” to “Star Trek: The Next Generation”.

After taking his undergraduate degree at the University of Oxford, he moved to Cambridge for his doctorate and stayed there for the rest of his career.

Hawking’s family has asked six college porters, many of whom provided support for Hawking when he visited for dinners and other events, to carry his coffin.