Sturgeon said: "People of Scotland must have the right to choose our own future -- in short, to exercise our right of self determination." 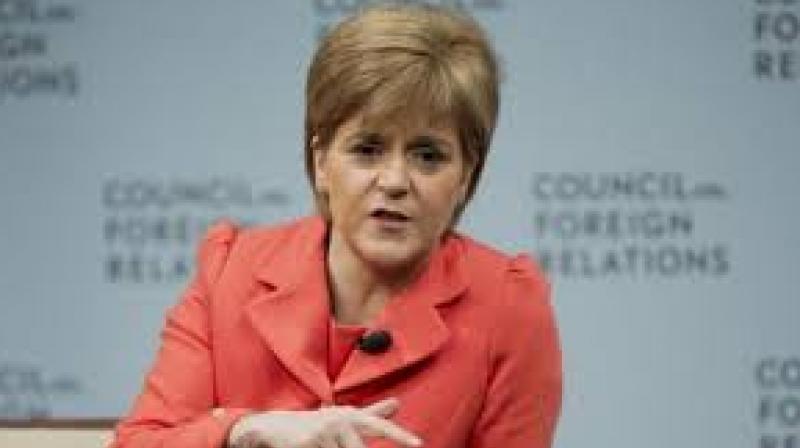 Edinburgh: The Scottish government on Friday formally asked British Prime Minister Theresa May for a second referendum on independence, deepening a crisis sparked by the Brexit vote.

"I am... writing to begin early discussions between our governments to agree an Order under section 30 of the Scotland Act 1998 that would enable a referendum to be legislated for by the Scottish Parliament," First Minister Nicola Sturgeon wrote in a letter to May.

Sturgeon, leader of the ruling Scottish National Party (SNP), said: "The people of Scotland must have the right to choose our own future -- in short, to exercise our right of self determination."

The Scottish Parliament voted by 69 votes to 59 on Tuesday for another referendum, but it cannot hold a legally-binding vote without London's approval.

Scotland rejected independence by 55 percent in 2014, but voted by 62 percent to remain in the European Union in 2016 sparking another constitutional crisis as it was outvoted by England and Wales.

May has insisted "now is not the time" for another referendum, but she now faces a battle on two fronts as she seeks to negotiate a good deal from Brexit and tame nationalist sentiment in Scotland.

Opinion polls show support for independence is broadly unchanged from 2014, but May's firm stance against discussing a vote now is widely regarded as a gamble as Scots could react unfavourably to London ignoring the will of the Edinburgh parliament.

Sturgeon has already indicated she will take unspecified "steps" for holding a referendum in case her request for one is ignored.

"There appears to be no rational reason for you to stand in the way of the will of the Scottish parliament and I hope you will not do so," she wrote in the letter.

Sturgeon's predecessor Alex Salmond frequently threatened to hold a non-binding "consultative referendum" in 2012, before London relented and approved the legally binding poll in 2014.

The Spanish region of Catalonia's separatist government held a non-binding referendum in 2014, but the 80 percent vote for self-determination was called into question amid reports of a boycott by unionists.

The SNP wants to prevent Scotland being "dragged out of the EU against its will", but a survey by NatCen Social Research on Thursday found Scottish people have broadly the same opinions on the European Union as the rest of Britain.

Professor John Curtice, senior research fellow at NatCen, said: "For the most part voters on both sides of the border want much the same outcome -- free trade, immigration control and retention of much of the consumer and environmental regulation currently afforded by the EU.

"This means that on immigration in particular voters in Scotland seem to be more in tune with the stance taken by the UK government than that adopted by the Scottish government," he said.