Not from Russia with love: Putin, Macron talk tough

Macron made his remark in answer to a question at a joint news conference with Putin. 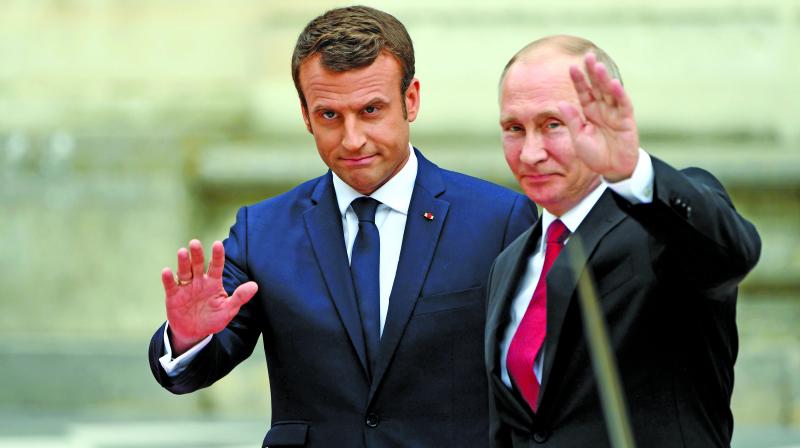 While Putin said that western sanctions against Russia are doing nothing to solve the Ukrainian conflict, Macron accused pro-Kremlin news outlets Russia Today and Sputnik of being “organs of influence and propaganda” against him in this year’s presidential election.

Asked if sanctions against Russia were helping to stop the fighting in eastern Ukraine, Putin said, “Here is the answer: in no way. Let’s fight for all the restrictions in the global economy to be scrapped.”

Macron made his remark in answer to a question at a joint news conference with Putin. In the run-up to the second round of the election on May 7, aides to Macron accused the Kremlin of mounting a “smear campaign” against the candidate via state media.

Macron also said that France would respond immediately to any use of chemical weapons in Syria, which is a staunch ally of Russia. Macron also urged a stepped-up “partnership” with Moscow in fighting the Islamic State group in the country.