Queen Elizabeth II has approved the request to close what has been the longest session of parliament in nearly 400 years. 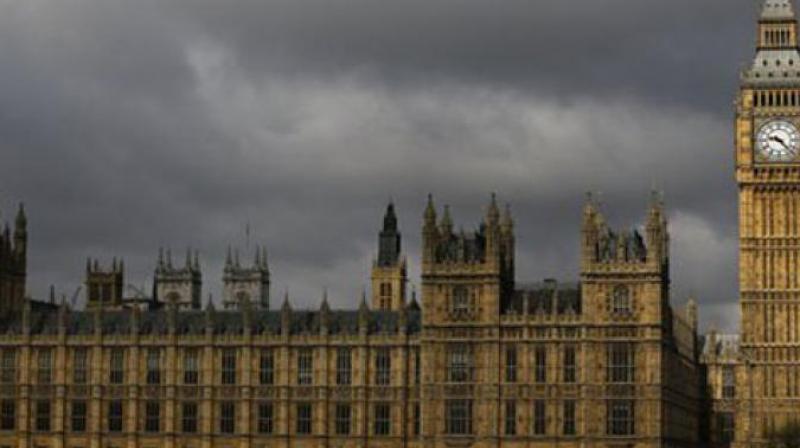 The pound slid on the surprise news, which opponents branded a "coup" and a "declaration of war", although US President Donald Trump weighed into the row by praising Johnson as "great".

The Conservative leader's move to close parliament for a month will give pro-EU lawmakers less time than they expected to try to thwart his plans for a possible no-deal Brexit on October 31.

Queen Elizabeth II has approved the request to close what has been the longest session of parliament in nearly 400 years, and reopen it on October 14 setting out Johnson's fresh legislative programme.

Seemingly caught on the hop, incensed anti-Brexit MPs were left scrambling for a way to stop the move.

Johnson's announcement came after six opposition parties said on Tuesday they would first seek to legislate to prevent leaving the EU without a deal when parliament returns from a summer recess next week.

Jeremy Corbyn, the leader of the main opposition Labour Party, has said he wants to call a vote of no-confidence in Johnson's government, which commands a majority of just one seat.

John Bercow, the speaker of parliament's lower House of Commons, described the closure as a "constitutional outrage" designed to stymie debate on Brexit, with Britain currently on course to crash out without a divorce deal.

An EU summit on October 17-18 could decide whether Britain ends its four decades of membership without a withdrawal agreement that governs future trade relations and citizens rights.

Johnson said there would be "ample time" either side of the summit for MPs to debate Brexit.

And he said it was "completely untrue" that the move was designed to stop MPs blocking his Brexit strategy.

Johnson said it was to "bring forward a new, bold and ambitious domestic legislative agenda for the renewal of our country after Brexit".

The government's chief Brexit adviser David Frost was in Brussels for talks on Wednesday.

In the seismic 2016 referendum on Britain's EU membership, 52 percent voted in favour of leaving the bloc, a result that has left parliament and the country bitterly divided.

Johnson insists Britain must leave on the October 31 deadline -- already twice-delayed -- with or without a divorce deal from Brussels.

Parliament has rejected three times the withdrawal agreement struck between Brussels and the government of Johnson's predecessor Theresa May.

Parliament typically goes into recess again around the annual party conference season, which kicks off on September 14 and ends on October 2.

Bercow, who was not forewarned about Johnson's suspension decision, said: "It is blindingly obvious that the purpose of prorogation now would be to stop parliament debating Brexit."

"Shutting down parliament would be an offence against the democratic process."

The pound slumped more than one percent at one stage, but shares rose as London-listed multinationals stand to gain from a weaker currency.

Corbyn called it "an outrage" and a "smash-and-grab on our democracy in order to force through a no-deal exit", while Labour's finance spokesman John McDonnell branded it a "coup".

Liberal Democrat Brexit spokesman Tom Brake tweeted: "The mother of all parliaments will not allow him to shut the people's parliament out of the biggest decision facing our country. His declaration of war will be met with an iron fist."

Robert Craig, a constitutional expert at Durham University, said there was "theoretically absolutely nothing wrong" with the suspension, noting it was normal for a new leader to start a fresh parliamentary session.

"But the reason that it is causing outrage is because it's reducing the number of available days for parliament to stop a no-deal."

Analyst Maddy Thimont Jack, from the Institute for Government think-tank, said the timing was controversial.

"I don't think it's a constitutional crisis," he told AFP, adding: "Stopping no-deal is definitely still possible. There is still time."

A petition against the move has already collected around 350,000 signatures, meaning it will be debated by MPs.

More than 70 parliamentarians have also launched a fast-track legal bid at the highest civil court in Scotland, aimed at preventing Johnson from suspending parliament.